by Staff Reporter
in Featured, From States
0

Gujarat State Co-operative Union organised a State Level Young Women Seminar- 2019 on the occasion of Women Empowerment Fortnight on the theme of “The Scope for the Future Career of Young Women” recently at The Gujarat State Cooperative Bank, Naranpura, Ahmedabad.

Inaugurating the Seminar, mayor of Ahmedabad City Mrs Bijaben Patel said the seminar is definitely going to be useful for those willing to make a career in the co-operative sector. Co-operative Institutes are engaged actively in every field of the economy such as business, industries, fisheries, healthcare, housing, insurance, cottage industry and processing etc, the mayor remarked.

Lauding Ghanshyambhai Amin, Mrs Patel said he possesses a multifaceted image and reputation at national as well as international level and gives boost to the co-operative activities of the state by way of organizing various co-operative related seminars through State Co-operative Union.

Lauding woman attributes she said “I am proud to state that whatever work you assign to the women, they will do it with due dedication, diligence and honesty. If we intend to accord special status to the women, we will have to make them stronger and more powerful and for this the co-operative sector is the best medium” the mayor added. 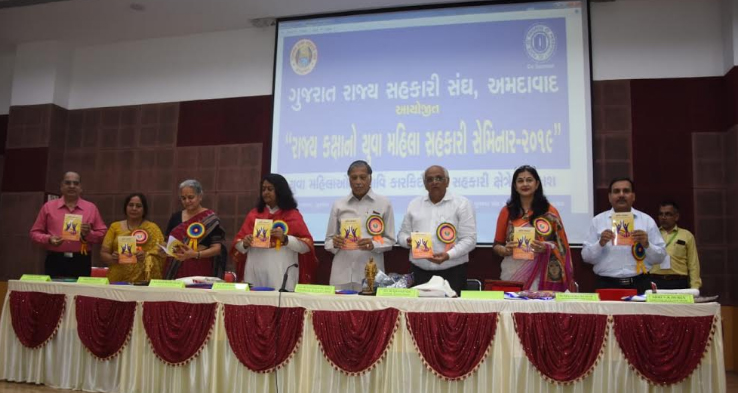 progressing fast as female students prominently figure in the list of toppers and medallists and women have had successes in various fields underlining their empowerment.

“Ms. Bijalben Patel, is the best example of Women Empowerment, who handles administration of the entire Ahmedabad City efficiently. Women are active in politics or sports or they can be CEOs of big companies by way of joining the field of business or industry. There are several women collectors across the country”, Amin said.

Explaining scope of co-operative sector to the audience, Amin said women can start various commercial and industrial activities here. There is ample scope for women to get involved in cooperatives, he added.

Bhupendra Patel, Ex-Chairman of AUDA and MLA of Ghatlodiya area of Ahmedabad released a booklet “Shakti Samarthya” on the occasion. Patel added that a large number of young women could get jobs in the cooperative sector.

Speaking on the occasion, Mirai Chatterji, Chairperson of SEWA Mahila Federation, said the federation a cooperative body is involved in ensuring development for all irrespective of caste, creed, religion or status in society.

Welcoming the guests and the delegates of the Seminar Ms. Diptiben Patel, Chairperson of the Women Committee of State Co-operative Union, said young women should join the Co-operative Sector in a big way. The co-operative sector is of vital importance to young budding women industrialists, she said.

V. K. Dubey, Director of NCCE provided information about the best co-operative institutes of the country, He also discussed the prospects of employment for educated young women in the cooperative sector. 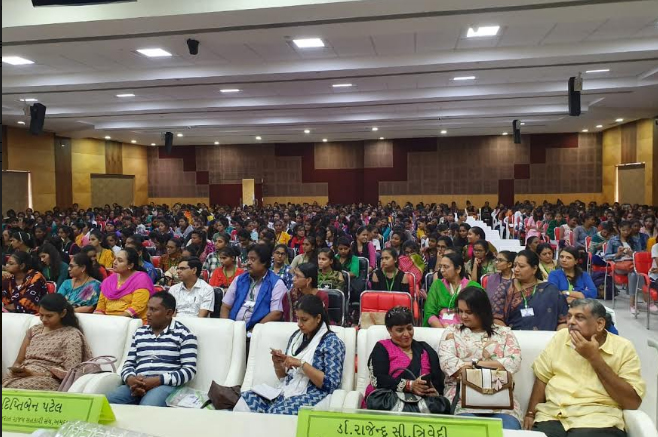