by Amit Awana
in Featured, Fishcofed
0

The apex body of fishery cooperatives in the country, Fishcopfed has received the Best National Cooperative Federation Award on the occasion of Agriculture Conclave and Swaraj Awards organized by Outlook Hindi at Symposiym Hall, Pusa New Delhi last week.

On behalf of Fishcopfed, Chairman T.Prasad Dora and Managing Director B.K.Mishra received the award from Union Agriculture Minister Radha Mohan Singh who was the chief guest on the occasion.

Union Agriculture Minister Radha Mohan Singh shared the details on social media and wrote, “Presented awards to Cooperatives and FPOs that have made path-breaking contributions towards empowering #Farmers and enhancing their income”.

In his next post he wrote, “Addressed the Agriculture Conclave organised by Outlook Hindi in Pusa, New Delhi. Under Modi govt., cooperatives have been playing a leading role in fulfilling government’s vision of #DoublingFarmersIncome”.

“Today dairy cooperatives have made their brand names in the country as well as abroad. Cooperatives are playing an important role in providing loan, urea, seeds and other farm inputs to the farmers. Cooperative education and training programs are an integral part of cooperative development”, he further said. 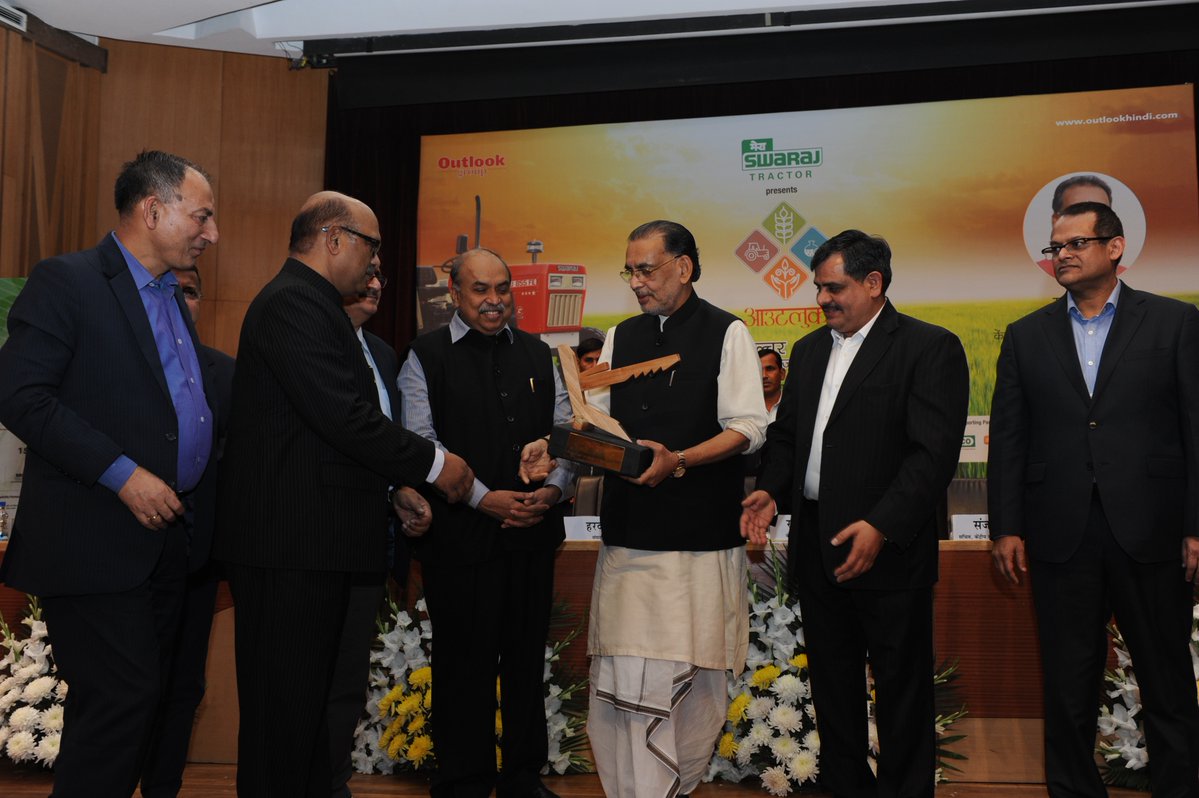 There were nine cooperatives winning awards in different categories on the occasion.

However, it is paradoxical that an award winning Fishcopfed has to grapple with serious financial difficulties and despite several meetings with Union Agriculture Minister Radha Mohan Singh, the federation has failed to get service charge of Rs 2 crore from the govt which has been pending for the last six years.