The newly appointed director on the central board of Reserve Bank of India Satish Marathe visited the Prabhat Road, Pune office of Buldana Urban- the largest credit cooperative society in the country last week, where he was felicitated by the officials of the credit co-op.

Marathe was welcomed by Buldana Urban CEO Shirish Deshpande and other staff members. Deshpande felicitated Marathe with memento and Shawal on his arrival.

Earlier in July, Union minister Nitin Gadkari had visited Buldana Urban and had inaugurated the first Robotic Locker launched by the pride of credit cooperatives in the country. Based on Japanese technology the locker may prove to be a game-changer in banking operations not only in co-op banks but across banks in general including PSUs.

Buldana Urban has secured the confidence of people in the Buldana area and is performing well by engaging into several multi-purpose projects. Buldana Urban, along with Adarsh Credit Co-op were cited as some of the finest examples of credit co-ops in the country.

Sadly, Adarsh’s reputation lies in tatters today with allegation of diverting members’ money into private accounts by the Modis of Rajasthan. While Income Tax and ED officials are investing its case, there had never been any case of irregularities in Buldana Urban which is led by a Doctor-turned cooperator Sukesh Zamwar.

One of the first to gauge govt’s shift of focus from co-operatives to FPOs, Sukesh and team had set up several subsidiaries such as pulse mill, chilly mill, etc in the category of FPOs, long before the govt announced sops for them in 2018 budget. “We had set them up long time back as raising capital is difficult within the co-op fold”, said Zamwar to Indian Cooperative.

Marathe’s presence goes a long way in encouraging credit co-operatives in the country, felt many cooperators. Credit co-ops have not only complaint against the step-motherly treatment by the govt but also against the apex body NAFCUB. “Nafcub raises more issues of UCBs than credit co-ops”, feel many.

Excited, this news of Marathe visiting Buldana Urban office was shared on by social media handle of Buldana Urban with several photographs and wrote, “Director of RBI, Mr. Satishji Marathe paid a visit to our Prabhat Road Office today”.

“His sincere interest in our future plans as well as our present work was heartwarming and encouraging, and it is our pleasure to have hosted such an eminent personality. Our CEO Shirish Deshpande and other staff members were with Mr Marathe”, they added.

It bears recall that Marathe has been inducted as the Director on the Central Board of RBI. Some of the country’s finest minds hailing from different fields are RBI’s directors. 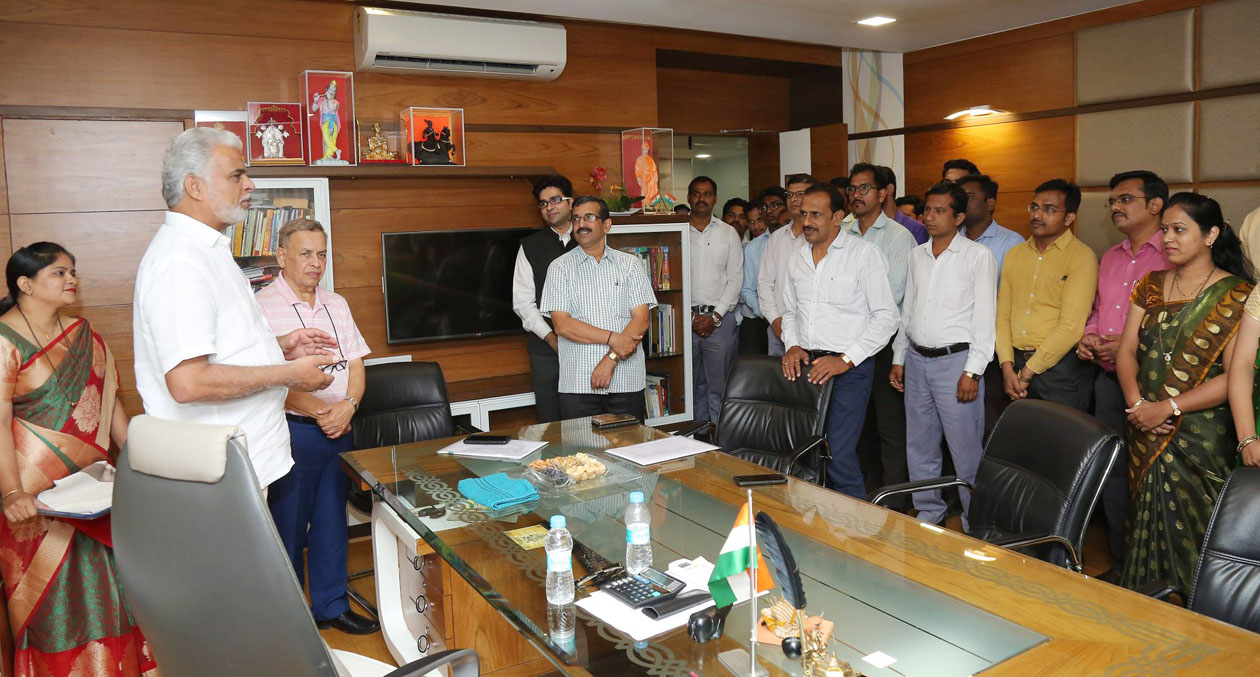