In a land mark decision Patna High Court has restored the Chairmanship of several co-operators of district central co-operative banks of Bihar, in a case that was languishing for more than a year.

The Court has also sent a show cause notice asking the Registrar to give reply in three weeks. With the announcement of the verdict, Rai, Singh and Rai will now remain Chairmen of DCCBs.

In a telephonic communication with Indian Cooperative Correspondent Mahesh Rai said that the Honourable High court has got all the related documents in a sealed cover and has ordered to hear the matter itself.

“The matter is related to Bihar State Cooperative Bank, in which the apex bank gave money out of its profit to a few DCCBs and PACS for development purposes. In 2018 one Rakesh Kumar Rai (Mahesh Rai claims he is not related to co-operative in any manner) filed a complaint against financial irregularities in Bihar State Cooperative Bank and knocked at the door of the State Registrar.

In his complaint he said, “The apex body of state cooperative banks- Bihar State Cooperative Bank has distributed Rs 10 lakh each to all 22 DCCBs in the state and Rs 2.5 lakh to seven PACCs of the state for infrastructure development under cooperative development fund”.

In a letter dated 30th May 2019, the Registrar divested State Cooperative Bank Chairman Ramesh Chandra Chaubey and other Board Members from their obligations at district level. Quoting different sections of Bihar Co-op Act 1959, the letter said that Chaubey automatically ceases to be a member of any registered co-op society.

When in June election of Biscomaun, Chaubey and others-dismissed by Registrar filed their nominations, Opposition made a hue and cry calling it illegal.

But Monday hearing at the High Court changed the contour of cooperative politics in the state once again. “The court has rejected the order of RCS and restored us as the Chairmen of the Bank”, said a relieved Mahesh Rai, who is also said to be a member of Sunil Singh inner coterie. 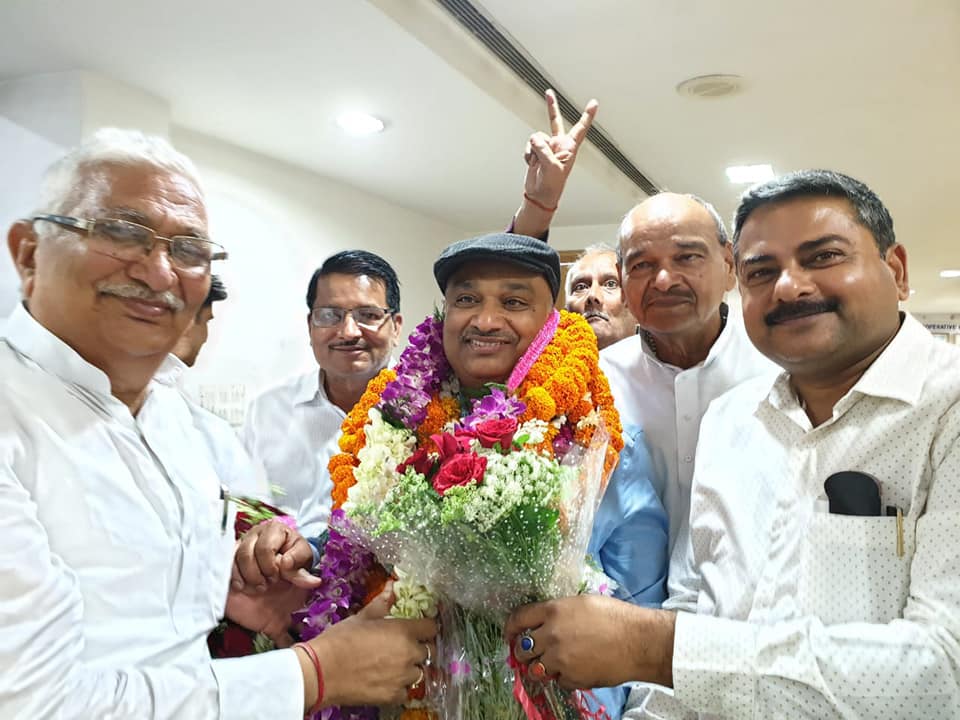 Rai further added that, “Now I will take the charge of the Bank on 17 July 2019. I have to play my innings for over four years in the bank”. Rai said who is also on the board of Bihar marketing Federation- BISCOMAUN.

Justice Rajeev Ranjan has announced the verdict in favor of the bank.

According to the Act, if any of director of State Cooperative Bank found involved in irregularities will also be out from their services at district level.

Gopalganj Central Cooperative Bank was established in 1917 and has a deposit base of over Rs 250 crore. The bank with a network of 16 branches earned a profit of Rs 40 lakh in the last financial year.

Efforts to contact Ramesh Chandra Chaubey did not bear fruit so far but he is said to be ready to stake his claim as the Chairman of State Cooperative Bank today. He may take over the DCCB later. Chaubey was one of the worst victims of Registrar’s 30th May letter which robbed him of all his position in at least 12 co-op bodies. “It was only his friend Sunil Singh, who somehow took him on Biscomuan Board thereby restoring his pride somewhat”, quipped an insider.