Amin delivers on his promise, releases book for credit co-ops

Gujarat Co-op Union to hold a seminar on Saturday

Delivering on his promise made earlier, G H Amin, an ace cooperator from Gujarat helped release a book that will help credit cooperatives and urban cooperative banks in their fight against what has come to be known as “tax terrorism”.

Speaking on the occasion Amin said cooperatives credit societies engaged in a range of activities across sectors of the country’s economy are doing a remarkable job. He listed their achievements saying these credit bodies competed with urban banks in terms of rendering services to the ordinary people. He also described India’s cooperative movement as the largest cooperative movement in the world.

Dwelling on the objective of the seminar, Amin said it was intended to provide credit societies with complete knowledge and understanding of Income Tax Laws, TDS and relevant Tax matters.

A book was released on the occasion. The book offers detailed information about judgements delivered by the Appellate Tribunals of various States, Hon’ble High Courts and Hon’ble Supreme Court of India. It also seeks to enlighten cooperative credit societies on investment and various other financial transactions. Narharibhai Amin chief guest of the function released the book.

In her inaugural remarks, Ms Bijalben Patel, Mayor of Ahmedabad city said Gujarat’s strong cooperative sector has played an important role in the development of the state. Cooperative credit societies have provided easy credit and finance to the needy people, she said.

Speaking on the occasion, Arvindbhai Tagdiya, Guest of Honour of the seminar and Secretary of Gujarat State Cooperative Union heaped praises on Ghanshyambhai Amin and said he is a great cooperator whose multiple contributions towards the cooperative movement have done Gujarat proud.

J. J. Shah Training Director of Gujarat State Cooperative Union and Dushyantsinh Vaghela, Chief Executive of the Federation were mainly involved in the nitty gritty of organizing the seminar.

Focusing on the issues of urban cooperative banking sector, Gujarat Urban Cooperative Union has also planned a seminar this Saturday which is likely to be inaugurated by the Chief Minister. 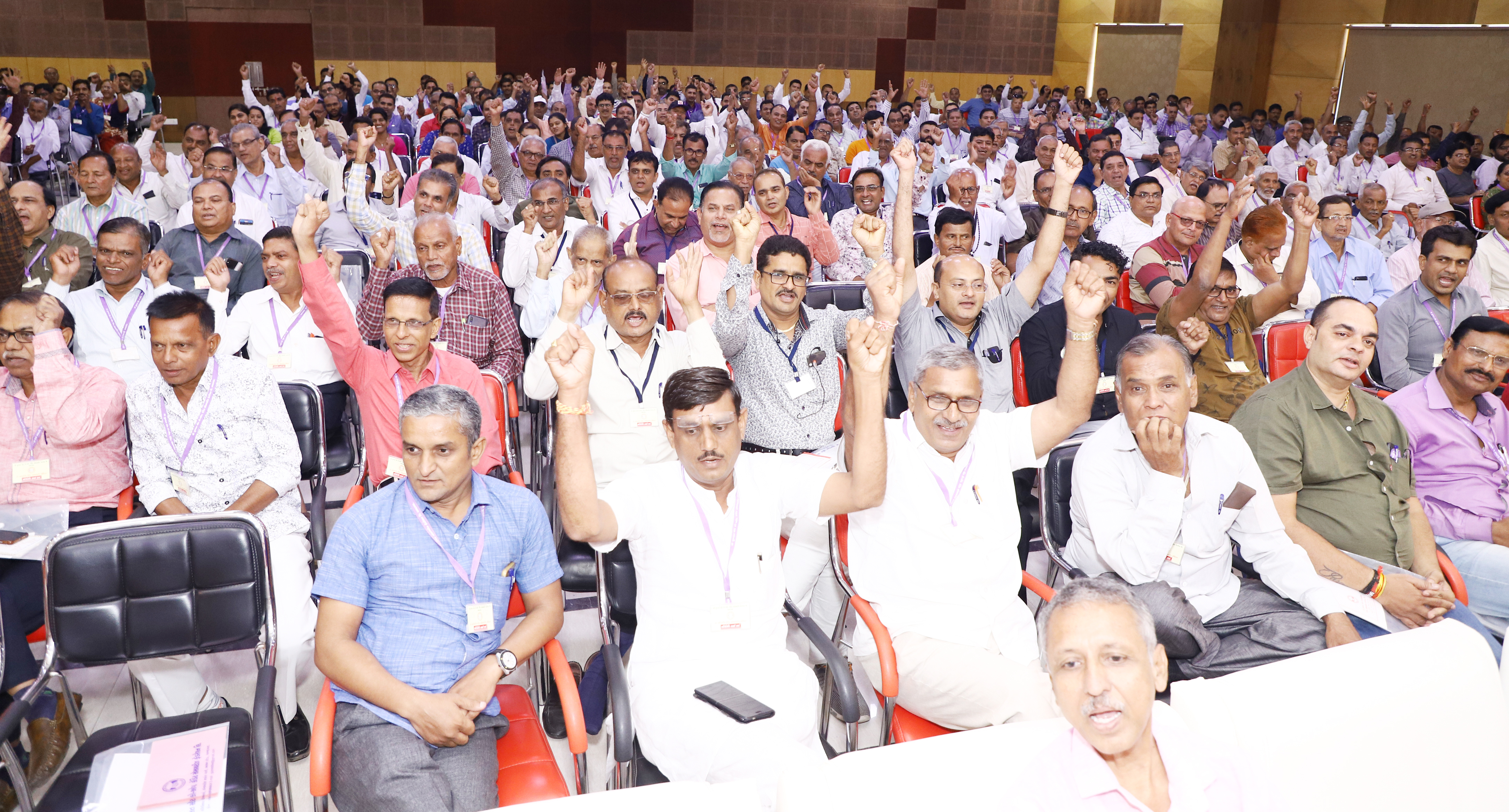