by Ajay Jha
in Dairy
0

A press note issued by CAMPCO says on behalf of arecanut and pepper farmers, we congratulate govt of India for having shown its firm commitment by upholding the legitimate interests of Indian farmers by refusing to sign the RCEPT-FTA agreement. The cooperative congratulates India Govt and Prime Minister Narendra Modi for the historic decision.

It may be noted that Amul had voiced its concerns on the proposed agreement since last several years. In the last few months of the finalisations stage of the proposed agreement, Amul had several meetings with the officials of the Ministry of Commerce and also with Minister of Commerce to sensitize the Government on the likely impact of offering zero duty imports of cheaper dairy commodities from Australia and New Zealand.

It also highlighted the wrong case of need for imports built by the data fabricated by economists working in the Centre for Regional Trade and other lobbyists. 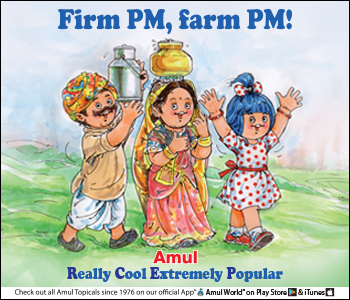 It is to credit of the Chief Minister of Gujarat and several states of India that they also shared their concern with the Ministry of Commerce on this issue, it says.

Amul in its press release names many persons and organizations for their support in the campaign against RCEP. These include BJP National Leadership, Swadeshi Jagran Manch and leading farmer organisations, among others.

It recalled that more than a million women milk producer members of Gujarat and other states of India had also shared their concern directly with the Hon.PM with a personal request to reconsider India’s entry strategy in RCEP at the terms proposed by the other countries. The trade bodies viz CII, FICCI etc also provided a forum for discussion on the dangers of RCEP for dairy as well as other sectors. All sections of media also debated the demerits of RCEP and its likely impact on milk producers and the farm sector.

Amul reminds on this occasion that India is the largest milk producing country in the world with 20% of world milk production. At the current rate of growth, it is likely to produce 31% of the world’s milk by 2033 and certainly emerge as a dairy to the world.

At current prices, our dairy industry is worth US$ 100 billion with value of output more than the value of wheat and paddy produced in the country. With the ongoing efforts by the Government of India in supporting the domestic dairy industry and this resolve to help our dairy sector, India will strongly move on the path of “Make in India” and this will result in doubling our farmers income and increase employment at a pace stronger than before, the release adds.

“The rationale behind our appeal was to seek protection of the interests of the Farmers as our country is self-sufficient in the production of arecanut and pepper”, it read.

Would ensure fresh milk reaches your kitchen every morning: Sodhi