Bikers spread messages of Kurien on the way

by Staff Reporter
in Dairy, Featured
0

A group of fifty young bikers kick-started their journey from Parag Dairy Plant, PCDF in Varanasi, for a 12-day ride spanning a distance of over 2500 Km, to reach their destination in Anand, Gujarat.

The team will ride through Allahabad, Lucknow, Kanpur, Agra, Gwalior, Bhopal, Ujjain, Godhra, Statue of Unity and culminate in a grand finale at Anand (Gujarat), the ‘milk city’ where Dr Kurien spent a major portion of his life.

On 26th November, 2019, Dr. Kurien rally will culminate in his karmabhoomi Anand; Dr. Kurien’s messengers will be welcomed in all splendour fitting to his contribution towards mankind.

Various State Milk Marketing Federations who market popular brands like Parag and Sanchi, will also join hands with GCMMF-marketed brand Amul – thus making for a fitting tribute to The Milkman who transformed the dairy industry in India.

Throughout their journey, the bikers will meet people and visit institutions created and inspired by Dr Verghese Kurien. In a style that would attract the Indian youth, ‘#CelebratingDrKurien’ will explore the life and work of the man who turned India from a milk deficient nation to one of the largest producers of milk in the world.

At Prayagraj when the team reached they were welcomed by Parag Dairy, PCDF, Prayagraj. The Chief Guest of the event Mr. DK Singh, General Manager, Parag Dairy, revisited the era of Operation Flood that was instrumental in bringing about the White Revolution in India. Singh said it was the then PM Lal Bahadur Shastri’s unconditional support to Dr. Kurien that enabled him to take the Dairy Industry to the heights that it has reached today.

AP Singh, the Dairy Development Officer of Parag Dairy, Prayagraj, said it was indeed an honour to be a part of such a big movement which not only has given livelihood to lakhs of farmer population of India but also has ensured that every single child of India has access to 1 glass of Milk every morning. 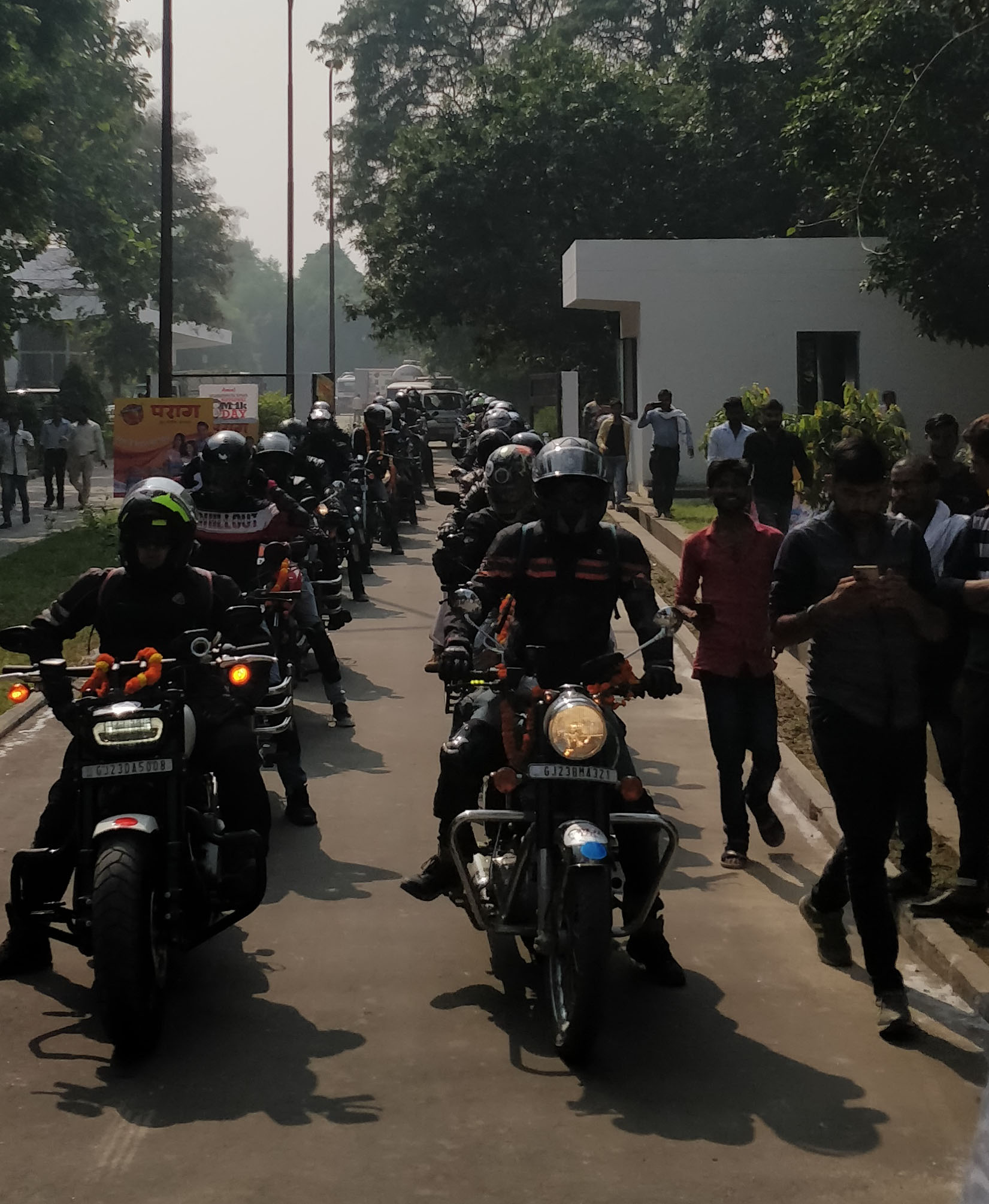 Nawabs – Lucknow. On the way they had their lunch at Rae Bareilly. The bikers have started their Lucknow darshan today with a tour through Ambedkar Maidan, River Front, Vidhan Sabha, Bhul Bhulaiya, Clock Tower, Ruby Darwaza and then have reached the Lucknow Milk Packaging unit of Banaskantha District Co-operative Milk Producers Union, Palanpur – popularly known as Banas Dairy, manufacturer of AMUL brand of Milk products.

In its first edition in 2017, Amul celebrated National Milk Day with a 7-day bike rally spanning 1800 kilometres from Dr. Kurien’s birthplace in Kozhikode, Kerala, to his karmabhoomi in Anand, Gujarat. The State Milk Marketing Federations which participated back then were Milma, Nandini, Goa Dairy, Gokul Dairy, Khatraj Dairy.

In the second edition the day was celebrated with two bike rallies spanning over 3000 kms with two routes starting simultaneously at different locations and culminating at Anand again. The first route was from J&K to Anand, Gujarat, and the second was in the heartland of Gujarat from Kutch to Anand. In the second edition brands like Snowcap, Verka, Vita, Mother Dairy, and Saras, celebrated along with GCMMF-marketed brand Amul.

In the run-up to Dr. Verghese Kurien’s centenary birth anniversary in 2021, brand Amul plans to augment these celebrations every year, inviting voluntary cooperation from various people and institutions – a fitting tribute to the legend who taught us the value of cooperation.