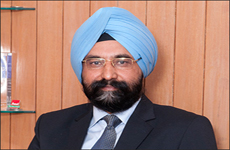 According to R.S. Sodhi MD of the Gujarat Cooperative Milk Marketing Federation (GCMMF), Amul’s yummy ice cream with the short phrase ”the taste of India” would soon gain further ground in business across the country.

The business expansion would be premised on the franchisee and franchise managed concept, The concept has worked well giving encouragement to private initiative in a big way. The model being low cost has attracted a large number of individuals to the ice cream retail business, Mr. Sodhi was quoted as claiming.

Allaying fears of a rapidly growing competition following the likely entry of domestic and foreign companies in the in the dairy sector , the Indian component counting only a niggardly 20 percent of the total market size of Rs. 4 lakh crore the GCMMF is not worried, Mr. Sodhi remarked.

According to Mr. Sodhi, the GCMMF is wedded to a philosophy that allows it to pair its own business interests and the interests of the milk producing community. The company strictly follows the principle ” honesty is the best policy” in its business, Mr. Sodhi underlined.