Addressing the assembly segment on women she lauded the role of continuous credit, cooperative model, financial and farm extension in empowering women in the farm sector. “I was the only Indian who presented a pioneering study on the theme of feminisation of family farming”, claimed Dr Azad later on the phone while talking to Indian Cooperative.

She also advocated issues such as literacy, custody of income in women’ hands etc. Her study from which she quoted at the global meetings had women workers on their small land holdings, fisherwomen, dairy farming, poultry piggery etc.

The study indicated that within a controlled situation, over 17 times loanees registered a startling increase of 37% in profit. They could generate employment to 3-5 persons and build resilience, the study underlined.

While hopping over Europe Dr Nandini Azad was also at the FAO and IFAD launch of UN decade on family farming in Rome last week. These UN organizations have to target women with clear-cut interventions, felt Dr Azad.

Dr. Azad was also felicitated for her commendable work along with others such as Dr David Nabbaros, etc. There were several international delegates largely from Africa, Latin America and the Caribbean. 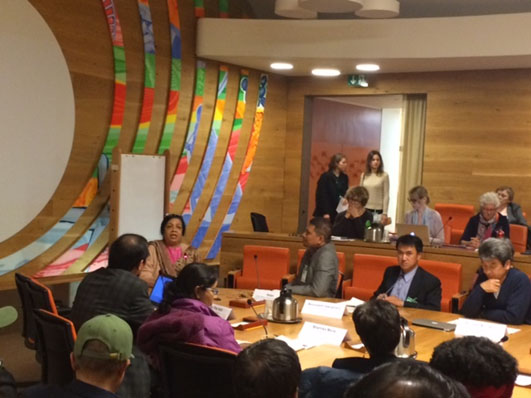