Sahakar Bharati: Simply Desi is talk of the town

Simply Desi, a marketing brand launched on the eve of Indian International Co-op Trade Fair attracted a huge number of footfalls as soon as the inaugural ceremony of the Fair was over. Launched by Sahakar Bharati, the idea is to sell the products of the poor and downtrodden in society.

Explaining the concept of Simply Desi, Sahakar Bharati General Secretary Uday Joshi said “We intend to find global market for our desi products. And to do this we are aware that we have to lend it a brand value”, he added.

Quoting Nabard Report which says there are 56 lakhs Self Help Groups active in India, Uday Joshi said Sahakar Bharati has formed a company to sell their products. It is a small step that would trigger a giant transformation, he said.

Referring to its attractive name Simply Desi, Joshi said it is time of fusion and we wanted to have something attractive and hence this name. It bears recall that Sahakar Bharati is an affiliate of RSS which is held as a conservative organization.

On this occasion, he also displayed the products of Simply Desi, which was in a way launched by Union Minister Narendra Singh Tomar by uncovering the basket carrying these products. Tomar lauded Sahakar Bharati for its initiative.

“There are several people who talk about starting marketing of agri produce but none comes forward; here is Sahakar Bharati which has shown the courage to implement the idea,” said Tomar generously. 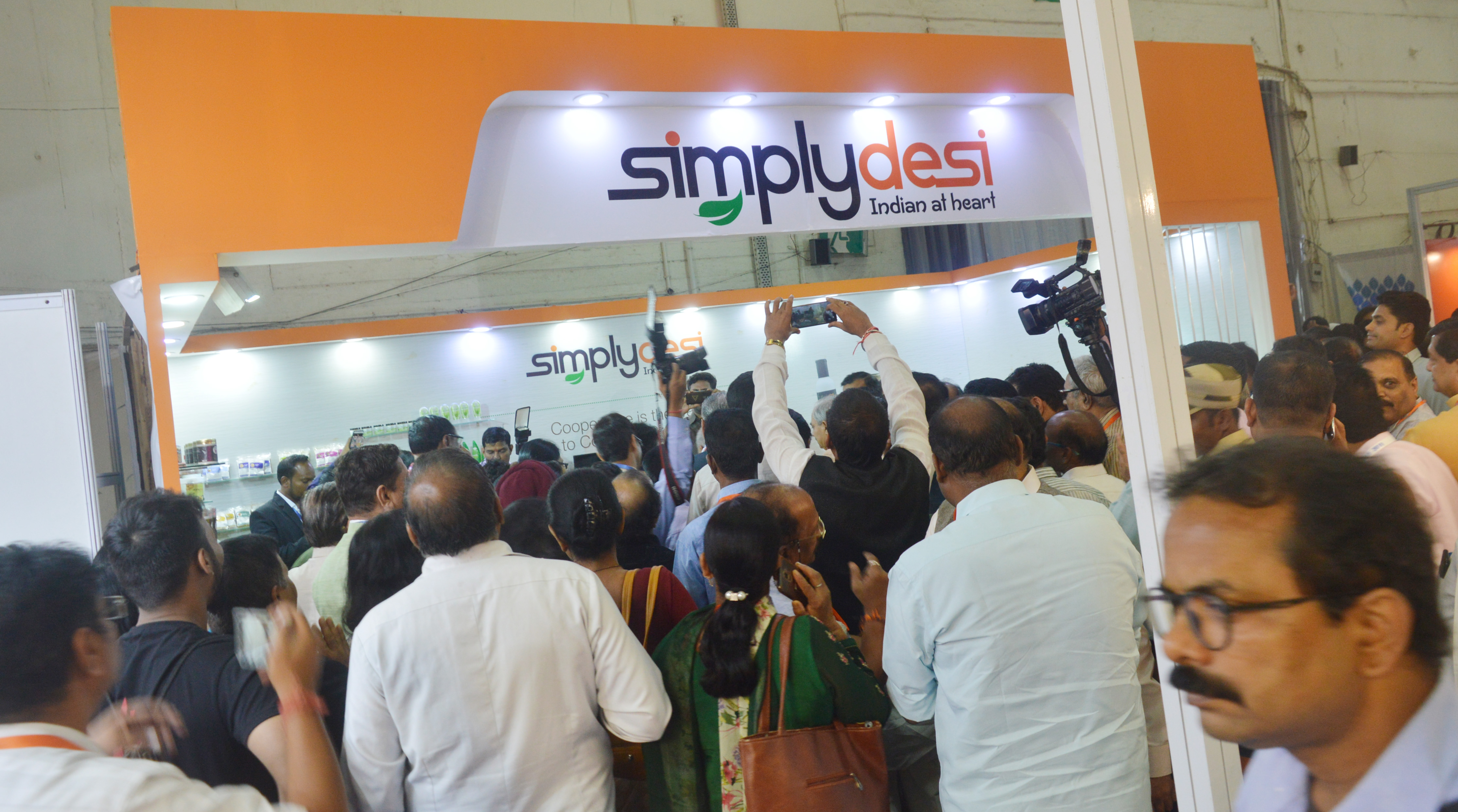 Kangra Central Co-op Bank bid to reach out to villages