Awasthi calls it Maha-Kumbh of co-operatives

Being one of the firsts to speak on the occasion of Bihar Co-op Conference on Sunday in Patna, IFFCO MD Dr U S Awasthi congratulated the Biscomaun Chairman and said that the huge number of participants make the event a Maha-Kumbh of cooperatives.

Lauding the Chief Minister Nitish Kumar on the occasion Awasthi said that his concern for climate-change is sincere and each one of us should contribute towards mitigating its negative impact. 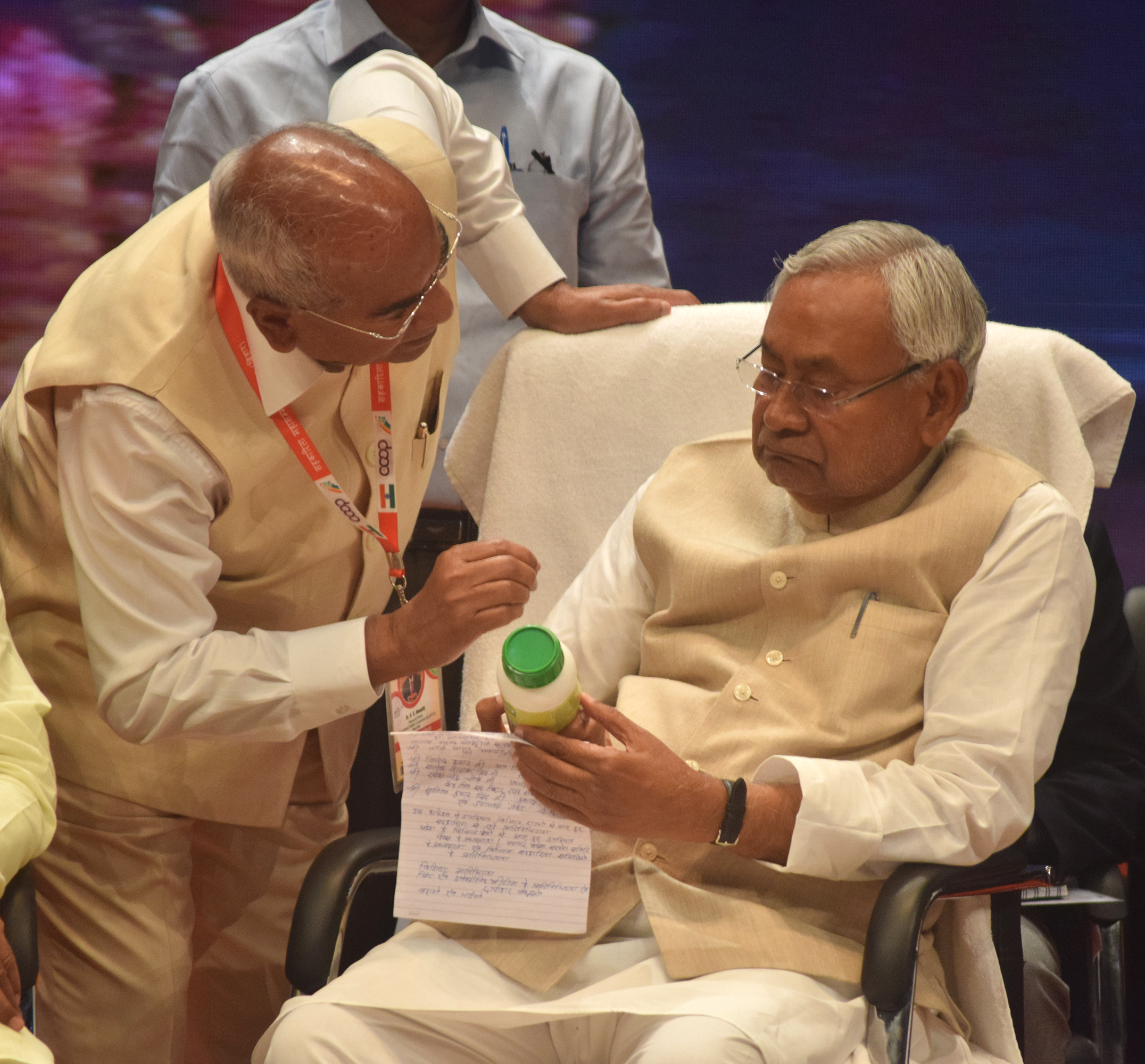 Elaborating on the Nano-nitrogen IFFCO MD said that one bottle is equal to one bag and a farmer no longer needs to carry a bag on his shoulder. Turning to the CM he said it consumes much less water thereby conserving the scarce resources. Additionally, Nano products also help preserve the soil and its use discourages wastage, said Awasthi.

Saying that each of us (cooperators) should take a vow to save the environment as desired by the Chief Minister, IFFCO MD said that large-scale uses of Nano would help us get over most of the problems.

“It is your own product which has been patented at the global level. It costs 10% less than the older versions of urea and it also does not require any subsidy”, the MD informed the audience.

The IFFCO MD could not make it on 22nd evening as the sudden demise of N P Patel made him rush to Mehsana. He came back in the midnight from Gujarat catching a flight early morning to reach Patna by 9 am, making cooperators wonder about his energy-level. “When you have a desire to see farmers prosper fast, the fatigue disappears”, said Awasthi.