Cooperators’ presence at the Condolence meeting on the death of legendary politician Devi Prasad Tripathi was quite impressive with a large number of them led by IFFCO MD gracing the front rows meant for VIPs.

Held at the Constitution Club on Monday in Delhi, the condolence meeting saw the creme de la creme of Delhi to express their feelings and love for DPT. Like a true statesman, DPT helped melt political differences of leaders even in his death; Prakash Karat and Sitaram Yachuri joined in together with the likes of Ravi Shankar Prasad and Rajiv Pratap Rudi mourning DPT’s death.

While K C Tyagi said there cannot be a copy of DPT, Karate wished that those believing in reincarnation may get DPT again! Yachuri narrated several interesting episodes of his life spent with DPT at JNU campus.

Jam-packed hall of the Constitution Club was witness to the fact how deeply people loved him, cutting across all barriers, be it caste, creed or political. He has touched almost everyone’s life here and everyone believe he was the closest friend of DPT, said Pavan Verma remembering DPT.

A champion of cooperative movement DPT breathed his last Thursday morning. He was 68. Born in Sultanpur, UP Tripathi was president of Jawaharlal Nehru University Students’ Union, and was jailed during emergency.

Known as a thinker in the political class Tripathi was a close associate of Rajiv Gandhi and later joined NCP where he stayed till his passing away.

Tripathi has also been associated with IFFCO and could be seen once in a while at its functions. Taking a cue from IFFCO’s success, he would often advocate the supremacy of co-op model and would refer to its MD Dr U S Awasthi as a man who needs to be supported for his efforts to strengthen the co-op movement in the country.

He was also connected with the IFFCO Shukla Award and helped IFFCO find some of the best literary minds in India who write on the theme of rural life.

Indian Cooperative joins others in paying its tributes to the great soul! 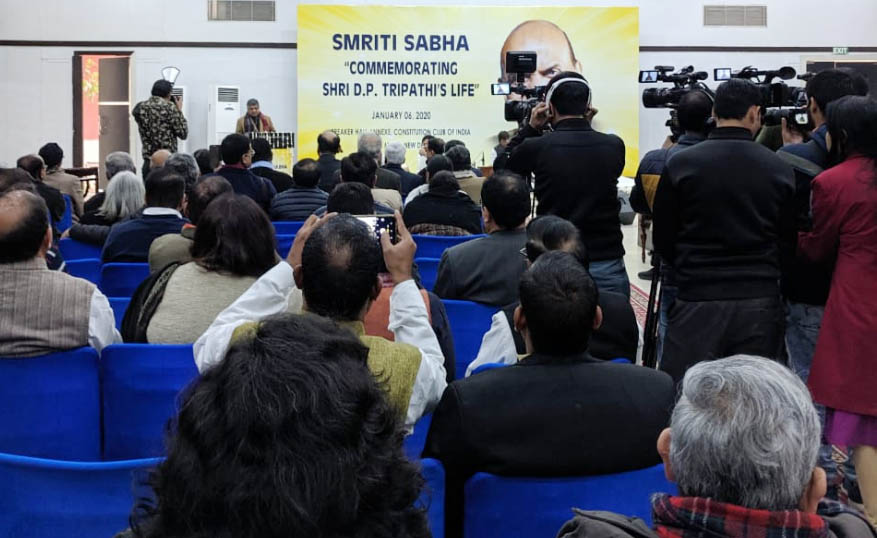