IFFCO, which does not restrict its interaction with farmers only to AGMs, held a meeting of farmers in the remote village of Haryana last week, which was attended by hundreds of farmers.

Calling it a Regional Cooperative Conference, the co-op titan ensured that as many farmers as possible should take part in the function. According to IFFCO sources more than 300 farmers/co-operators of the area joined the conference, which was held in Gillakhera, Haryana.

Several top bosses of IFFCO which included R P Singh, Director Legal and HR, Yogendra Kumar, Marketing Director and elected Director Prahalad Singh, among others were present on the occasion.

Speaking on the occasion R P Singh listed the farmer friendly initiatives launched by IFFCO and exhorted the farmers to make most of it. Yogendra Kumar, the Marketing Director laid emphasis on the increased use of bio-fertilizers including Sagarika.

IFFCO officials also talked about Nano products, currently under field trails with positive feedbacks. It is being said that once the nano hits the fields, it is set to redefine the extant agri practices in the country.

Elected Director of IFFCO Prahalad Singh, who belonged to the area and who is a former Minister, interacted with locals and told them about IFFCO’s new initiatives.

On the sidelines, IFFCO also helped build a shed of the school, which prompted its MD Dr U S Awasthi to tweet” At IFFCO, we keep working for the benefit of farmers & families and precisely for this reason we have built a shed of a School at Gillakhera in Haryana.” 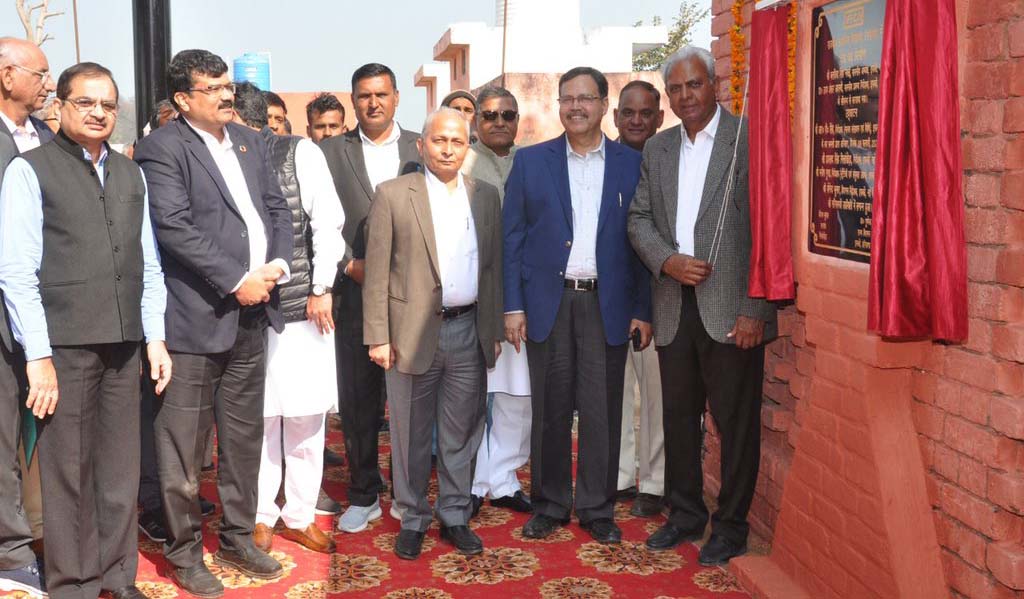