IFFCO Managing Director Dr U S Awasthi was felicitated on the occasion of the 158th birth anniversary of Bharat Ratna awardee Madan Mohan Malviya. The award was given by Mahamana Malaviya Mission.

He was felicitated by the award of ‘Distinguished Alumni’ of Banaras Hindu University, Varanasi. Awasthi, who currently heads IFFCO as its MD and CEO has been a graduate from the IIT BHU which he completed in the sixties. 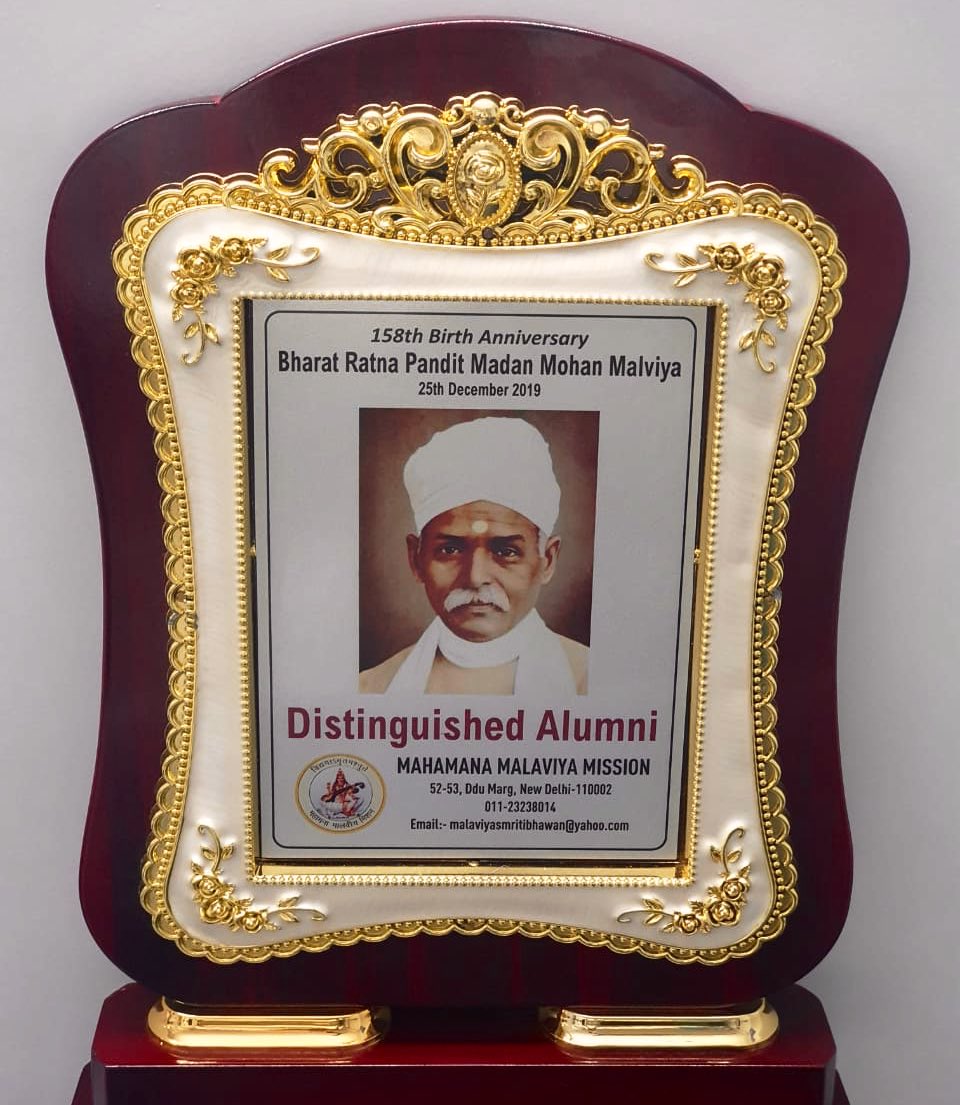 Awasthi was quick to share the good news, “Happy to share that on the occasion of 158th birth anniversary of Bharat Ratna Pandit Madan Mohan Malaviyaji Ji on 25th Dec, I was felicitated by the award of “Distinguished Alumni” of #ITBHU.  I am thankful to Mahamana Malaviyaji Mission for this award”.