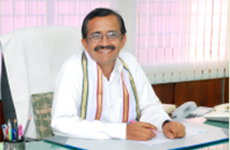 The arecanut prices have risen by 20 per cent in recent times leading to cheers among the growers who are mostly members of cooperative societies. The President of Campco-their apex body Mr K Padmanabhan attributes this rise to reining in the smugglers by the government.

Illegal supari from Nepal in the name of having grown in Indonesia was flooding the market resulting into lower return for domestic growers. Also, there were rampant cases of illegal import. The Commerce Ministry has tightened the noose around wrongdoers, Padmanabhan contended.

But the issue of ban on Supari is still hanging in balance with the next date of hearing in the Supreme Court on January 17. Readers would recall that the UPA govt had earlier filed an affidavit before the Supreme Court arguing arecanut consumption posed health risks. The said affidavit had caused widespread fear among the arecanut cultivators.

Arecanut growers supported BJP and Narendra Modi in the Lok Sabha election in a big way. This govt is pro farmers says Campco President. I have talked to the new Health Minister J P Naddha who promised to go slow on the issue of ban on tobacco chewing. But first of all we must realize that supari is not cancerous, added Mr Padmanabhan.

K Padmanbhan has many times in the past organized group of MPs from the area and rushed to Delhi to impress upon the govt the need to do away with the ban. I had met Narendra Mosi when he was Chief Minister of Gujarat and I am sure that he also supports us, said an optimistic President.

Arecanut farming is concentrated in Kerala and Karnataka.

Campco leaders ask MP Kateel to be their voice in Parliament