by Rohit Gupta
in Banks, Featured
2

“We have about 90,000 shareholders belonging to different castes and communities including Hindu, Muslim, Christian and others communities so it is wrong to say that we offer membership on the basis of religion or castes”, says Sachin Nester Pereira, Chairman of Bassein Catholic Cooperative Bank.

He was giving his reaction on the issue of not giving membership of the bank to Fr. Michael Gonsalves a 75 year old christian priest. The matter has snowballed into major controversy and has hogged media headlines.

According to a report published in Times of India “A 75-year-old retired priest of the Diocese of Vasai who had applied for shares of the Bassein Catholic co-operative bank was denied membership as he is a religious leader”.

While talking to this correspondent on the phone Bank Chairman Pereira said “The person (Fr. Michael Gonsalves) indulged in tarnishing the image of the bank. He is being instigated by some undesirable elements to do it”, said Pereira.

“He applied scores of times to get the membership of the bank but we rejected his application for his bad behavior. The issue of his membership was also raised in several board meetings but it was rejected. How can this person be given membership who is hell bent on maligning the bank”, Pereira asked.

The Bank Chairman pointed out that ”the issue of his membership was also discussed in the board meeting held on Friday but we could not take a call”.

Gonsalves, who runs a school for differently-abled children in Vasai, said in his complaint that his membership was rejected as he was a priest, it was tantamount to a human rights violation, he complained as reported in the media. He also claimed that he is an account holder and doing financial transaction in the bank since long but was never given membership.

On the other hand the UCB’s Chairman has also been in news due to a clause in the Maharashtra State Cooperative Society Regulations, 1960 which says any person who has more than two children is not eligible to be elected to managing committee or contest a committee election.

Earlier, several court cases had been filed against bank Chairman Sachin Pereira urging him to resign as he had three children now. But later the High Court retains allowed him to continue as the Chairman of the Bank.

Meanwhile, the Bank has entered into the centenary year and organized a mega inaugural event at St. Gonsalo Garcia College ground, Vasai and will also organize a concluding ceremony in February 2018.

The Bassein Catholic Cooperative Bank was established by Social reformer P.J.Monis, Christian missionery on 6 February 1918 in Vasai, Maharashtra based Bank has a network of about 58 branches in Maharashtra and earned a net profit of Rs 75 crore in the last financial year. The Bank has been giving 15 percent dividend to its members for 22 consecutive years. 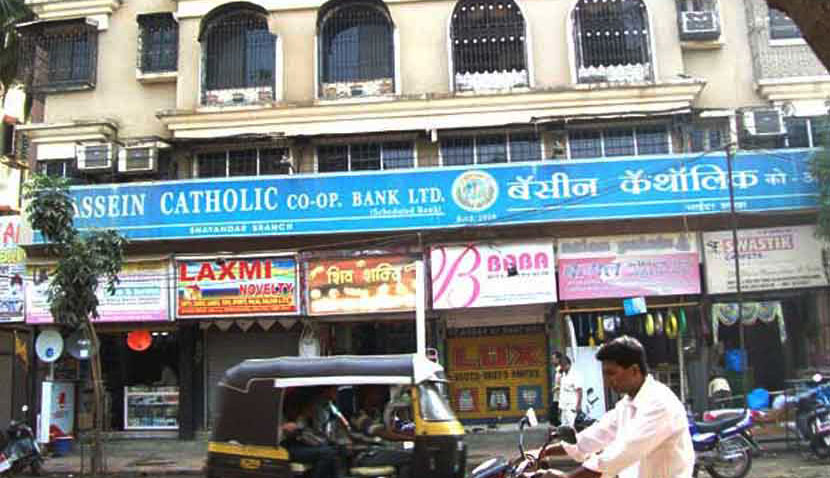