One generally does not hear good news related to urban cooperative banks from the northern states of the country but Madhya Pradesh based Nagarik Sahakari Bank, Vidisha may offer a contrast one of the few exceptions.

A  unit bank which means with a single branch, Nagarik Sahakari Bank is aiming to accomplish a great deal in the near future. The bank in its recent 17th Annual General Meeting announced that it has performed well on all parameters.

The Net NPA has decreased from 5.60% to 3.44% whereas the Gross NPA decreased from 8.65% to 6.23% as on 31st March 2019. The bank has to recover over 89 lakhs from the borrowers, said its CEO Jitendra Jain to Indian Cooperative correspondent soon after the AGM.

The deposits of the bank have risen from over Rs 20 crore to Rs 25 crore whereas loans and advances increased from Rs 12 crore to 14 crore.

“Our management is continuously working to give quality services to the customers. We are strengthening our internal system and will open new branches after a couple of years”, said Jain while highlighting the bank’s future goals.

The bank has earned a net profit of Rs 14.42 lakh in the financial year 2018-19, earlier it was 15 lakh. “We had spent lots of money on adopting the latest technology in the last financial year. Which explained a slight decrease in our profit”, said Jain

Readers would recall that the bank has experienced ups and downs in its career. It was due to mismanagement the bank in 2008-2011 was not so good and had to grapple with a serious financial crisis in 2008-11.

Jitendra Jain, Chief Executive Officer of the bank, presented the financial report before the shareholders which was unanimously approved.

Over 2000 shareholders are associated with the bank. The bank announced a 5 percent dividend for its shareholders. 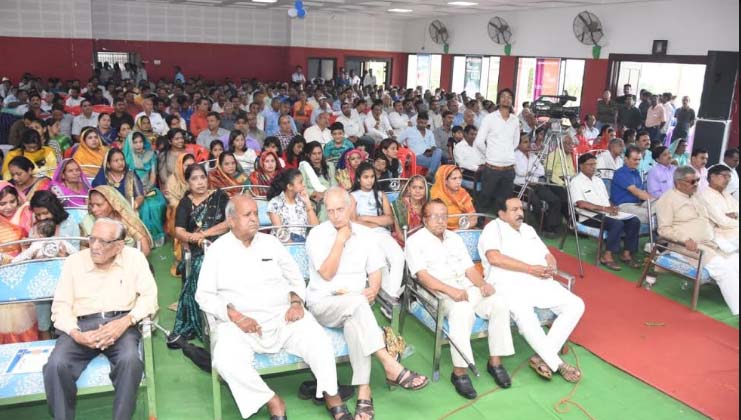