The numero uno of urban cooperative banks in the country Saraswat Co-op Bank invited former Union Minister Sharad Pawar and Shiv Sena Chief Uddhav Thackeray, among others to participate in the centenary celebrations of the UCB in Mumbai last Saturday.

Established as a credit society by its founder members – Shri J. K. Parulkar, Shri N. B. Thakur, Shri P. N. Warde and Shri S. G. Rajadhyaksha 100 years ago, it got converted into an Urban Co-operative Bank in 1933. In 1950, the bank expanded its activities within Mumbai and received foreign exchange license in 1978.

Speaking on the occasion of centenary celebrations NCP Supremo and former union agriculture minister Sharad Pawar touched upon several issues plaguing the cooperative banking sector. He called for a “change of perception” towards co-operative banks, saying they face a punitive action when in a crisis while nationalized banks are lent support.

Pawar pointed out that Maharashtra, Gujarat and Karnataka account for over 70 per cent of co-operative banks in the country.

In his remarks on the occasion, Uddhav Thackeray criticized BJP for bringing in demonetization that ruined the

economy and forced the people in general to untold misery.

Nashik was another location where who’s who of town participated in Saraswat Bank function. Training Centre at Nashik for providing training facilities to a few Co-operative Banks and Credit Societies was also proposed during the event. 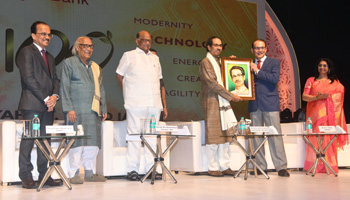 It bears recall that on completing 100 years, the Board of Saraswat Bank decided to give a special dividend of 15 per cent for the year 2016-17. This dividend offered by the bank is over and above the 15 per cent dividend on equity shares for the year ended March 31, 2017.

Given its sterling performance, no wonder RBI gave it an option to get converted into a full-fledged Private Bank but the Board declined the offer. It was then that its Chairman Gautam Thakur said famously “co-op is in Saraswat Bank’s DNA” and it cannot be anything other than a co-operative.

Several worthies have headed the bank in the past including Shri V.P. Varde, Shri V.P. Pandit, Dr. P.W. Rege, Dr. S.P. Adarkar, Union Minister for Commerce & Industry – Shri Suresh Prabhu and former Member of Parliament – Shri Ekanath Thakur who led the Bank during the past decade. Gautam Thakur, relatively young in age is the Chairman currently.

The Bank is spread over 281 branches in Maharashtra, Goa, Karnataka, Gujarat, Madhya Pradesh and Delhi and has a total business of Rs.58, 526 crore. The entry into the 100th year saw the launch of Saraswat Bank’s new products – Credit Card and Prepaid Card.

In addition to this, the Bank will be participating in National Electronic Toll Collection with a reloadable Fast Tag for automatic deduction of toll charges at toll plazas and Bharat QR, a scan and pay facility using debit card, the press release says.

“As Saraswat Bank gears up for this historic milestone, it humbly acknowledges that its growth and success would not have been possible but for the strong support of the Shareholders, the faith reposed by its Customers and the dedication of the Employees,” said a mild mannered Chairman of Saraswat Bank Gautam Thakur to this correspondent. 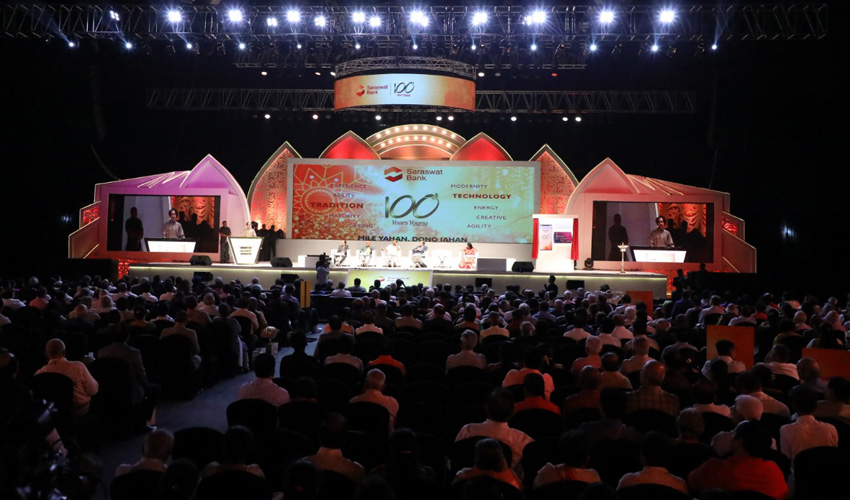