As expected the board of administrators of the Rupee Cooperative Bank has suggested drastic cut in salaries and in the benefits of the employees thereby chartering into most tough terrain of the UCB’s unresolved areas.

In the press conference held in Pune on Tuesday the Chairman of the board Mukund Abhynakar said there is a need to cut 50 per cent of salaries and 60 per cent of existing work-force.

Earlier, the new Board appointed by the state govt had tried to negotiate with three staff unions active in the ailing bank. In 2013, the total employee strength of the bank was 902. Some 205 employees had availed the voluntary retirement scheme (VRS) introduced by the then administrator. The bank has an yearly expenditure of Rs 31.25 crore on staff salaries.

The board of administrators is also proposing a reduction of leaves, stopping allowances and discontinuing loan 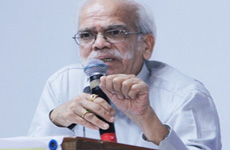 facilities of employees. Abhyankar pointed out the restrictive nature of agreement entered in past between the staffs and management of the Bank which is coming in the way of bank’s revival.

In an invite sent by Mukund Abhyankar it has been noted that since the bank is closed and there is no earning there is an urgent need to revise the contents of the agreement agreed upon in the past.

Abhyankar also quoted RBI and the state govt for constantly reminding the Rupee Bank management of need to curtail expenses on salaries and staffs’ allowances.

The present Board had served notice on December 20, 2015 to all the three staff unions on the issue. Rupee Bank has around 40 branches in the state. The reaction of the staff unions was not available and the future of the Bank would depend on how they take this development.