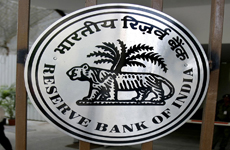 There is no respite for the Pune based Rupee Co-op Bank as the Reserve Bank of India has again extended the Directions to it for a further period of six months from November 22, 2014 to May 21, 2015. The bank was under directions since February 22, 2013.

Close to twenty months after the Reserve Bank of India (RBI) suspended the Board of Directors of the Rupee Cooperative Bank and imposed strict regulations on it, plans to merge it with another bank have not made much progress.

A proposal to merge the bank with Saraswat Bank has yet not fructified while the move to merge it with Allahabad Bank is stuck pending a due diligence report.

The cooperative bank posted a cumulative loss of Rs 613 crores for financial year 2013-14. Due to spiraling non-performing assets (NPA), the RBI had put the bank under administrators last year.

RBI put a moratorium on withdrawal of money from the bank, which led to consternation among its 6 lakh customers in 36 branches. Director Sugar Commissionerate Sanjay Kumar Bhosale and chairman Vidya Sahakari Bank Vidyadhar Anaskar had been appointed administrators of the cooperative bank.

Earlier in his meeting with the RBI Governor Raghu Rajan Ram NAFCUB President Mukund Abhyankar had told “If Rupee Co-operative Bank is de-licensed, the entire UCB sector will face ‘Tsunami’ and many other small & medium UCBs may have to face a run of depositors”.