“Those retiring from cooperatives should not set up an office and not be the competitor of the very organizations they headed for long years”, said former Union Agriculture Minister Sharad Pawar underlining what he called a dangerous trend in cooperatives in the country.”

Pawar was the Chief Guest at the 59th Annual Meeting of the General body of National Federation of Cooperative Sugar Factories (NFCSF) which was held at the NCUI Auditorium on Monday. Besides Pawar, C R Chaudhary, Union State Minister of Consumer and Food processing Ministry, Suresh Rana UP’s Sugarcane Minister, Harshvardhan Patil, former Maharashtra Minister and several others were present on the occasion.

An old hand at sugar cooperatives, Pawar said the role of govt becomes crucial whenever there is either overproduction or underproduction of sugar in the country. Displaying an admirable cooperative spirit, Pawar lauded the Modi govt for initiating steps to help the sector at the time of overproduction, which is the case presently.

Sugar production has reached an all time high in 18-19 to 322 lakh tonne. It was 202 lakh tonne last year. And add to this the sugar stock from the past of about 90 lakh tonnes. It is a situation of plenty which threatens to bring down the price leading to 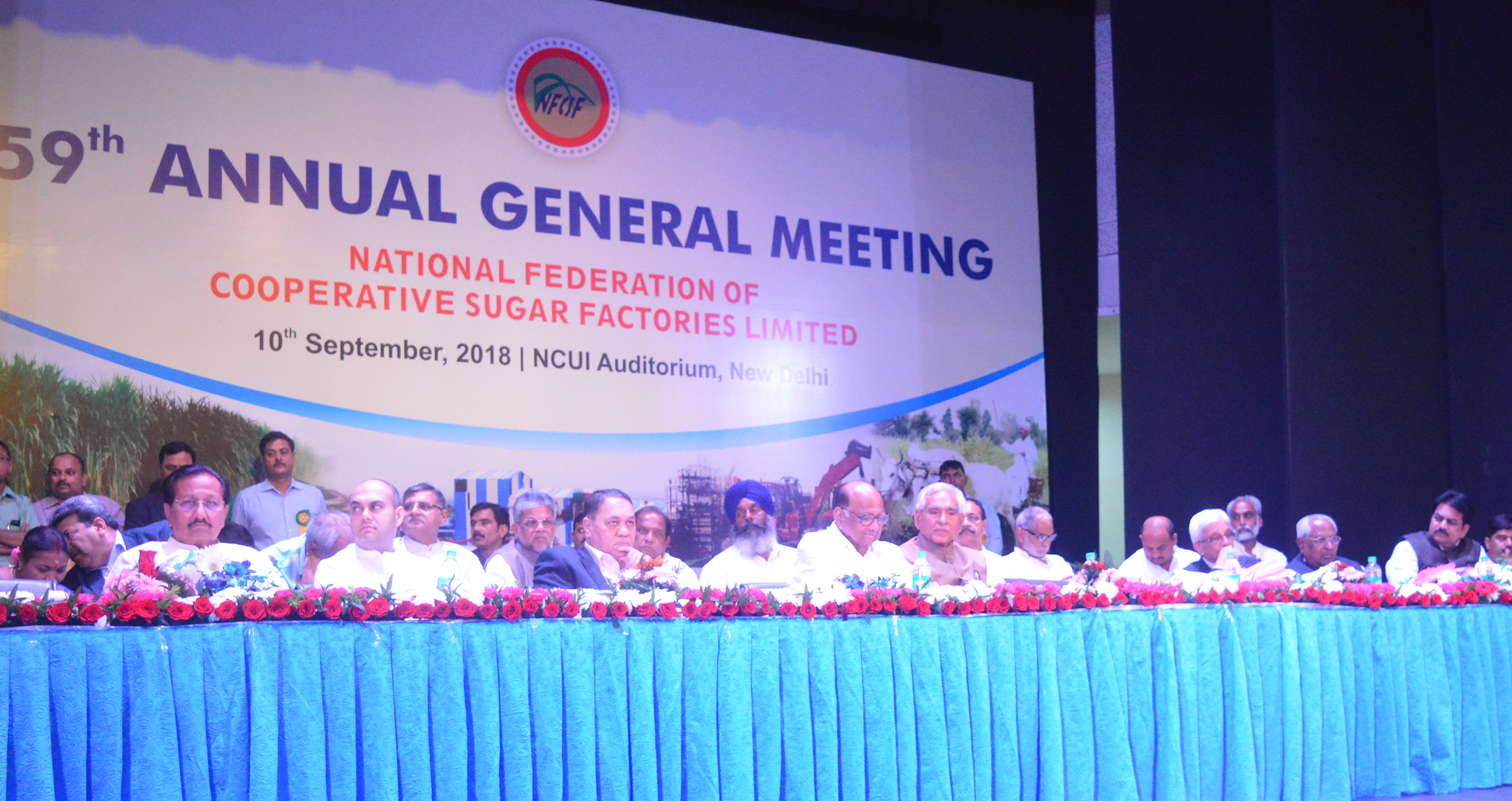 Pawar felt the govt has to find out export markets sooner than later. He also wanted the co-operative sector to focus on other uses of sugar cane such as producing electricity or biofuel through ethanol.

Pawar also batted for sugar beet- a plant variety from which sugar is extracted. It provides an important alternative source to sugar cane, and the pulp which remains after processing is used as stockfeed. Pawar also exhorted scientists to come up with a sugarcane variety which uses less water.

Union State Minister C R Chaudhary said it is a matter of pride that about 50 per cent of sugar is produced in the country through co-operatives. “There are farmers, manufacturers and traders. We have to keep the interest of all the three in mind while formulating a policy”, Chaudhary added.

Chaudhary listed the challenges before players of the sector and enumerated govt measures in this regard. The Govt has raised 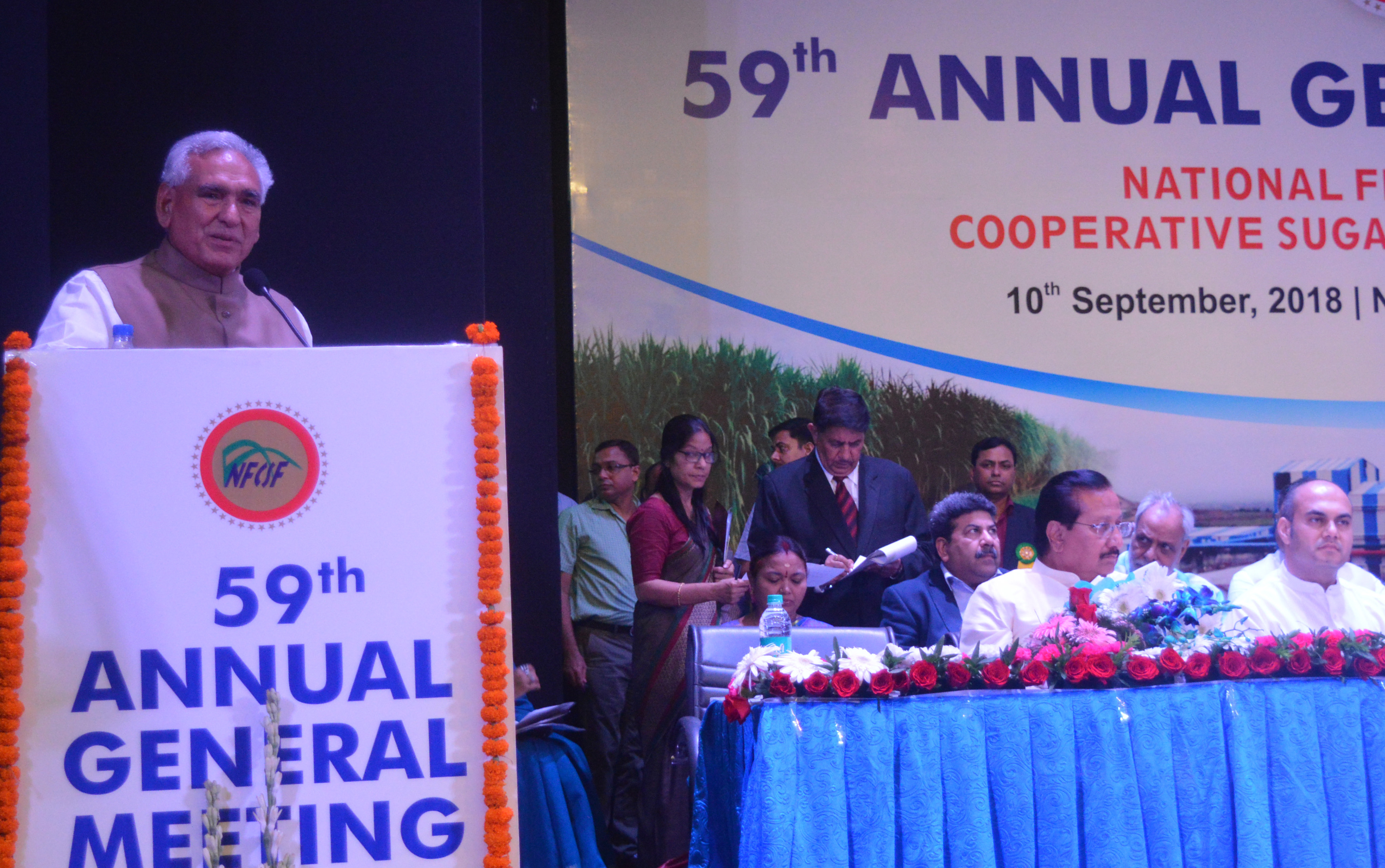 MRP from Rs 255 to Rs 275 this year, has earmarked a huge budget for modernizing the sugar factories so that ethanol production could take place, Chaudhary stated.

Sketching out the world scenario the Minister said the global output of sugar this year has been 1900 lakh tonne, an excess of 100 lakh tonne. There is a cut throat competition in the export market, he underlined.

Suresh Rana, UP Minister patted Yogi govt for clearing all dues of the sugar factories in the state. He also said that UP has been able to increase yield per acre and can claim to be number one in the country in terms of production.

While thanking the Modi govt for several farmers’ friendly steps Dilip Walse Patil, the Chairman of NNFCSF wanted the govt to focus on export of piling stock of sugar in the country. He said the trouble of plenty is going to increase with a forecast of bumper crop again next year.

Efficiency Awards were given in several categories on the occasion. A vote of thanks was proposed by the vice-chairman. 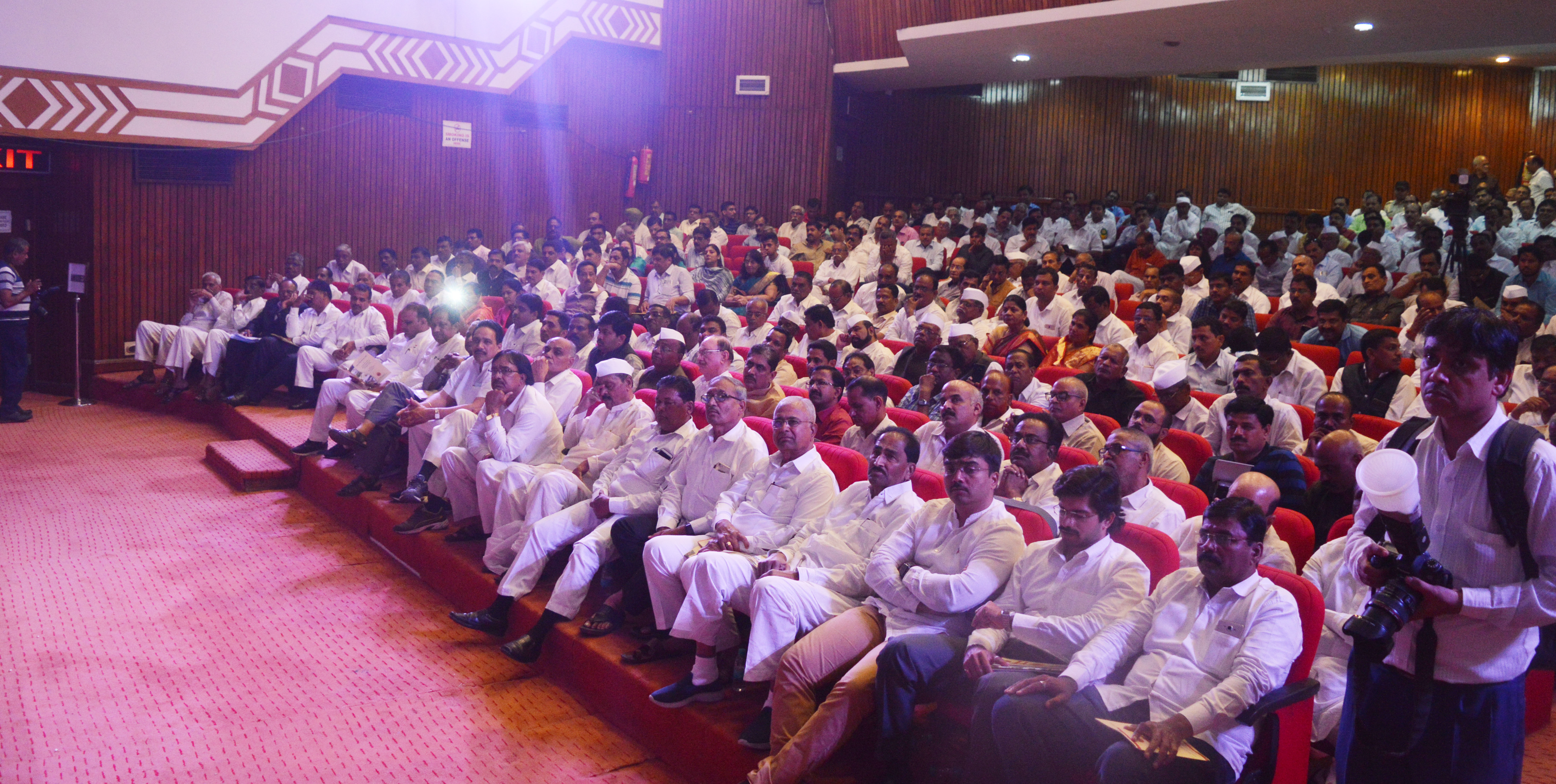