by Ajay Jha
in Banks
2

It was after two years that the apex body of urban co-op banks and credit co-ops NAFCUB could hold its AGM with a regular President and with a relieved assembly of members who had come from various parts of the country to hear their leaders speak on the future of co-ops.

Jyotindra Mehta, who was restored as the president of NAFCUB during the Friday Board meeting (after a favourable Arbitrator’s award) was a bundle of confidence. He presided over the 42nd AGM with elan and poise at the NCUI Auditorium in New Delhi on Saturday.

While the dais was bristling with who is who of the urban co-op banking sector, the assembly was delighted to find the newly elected RBI Director Satish Marathe amidst them. As HK Patil, the formidable cooperator from Karnataka and perhaps the most respected NAFCUB Director said” the sector looks up to Marathe with hope and happiness 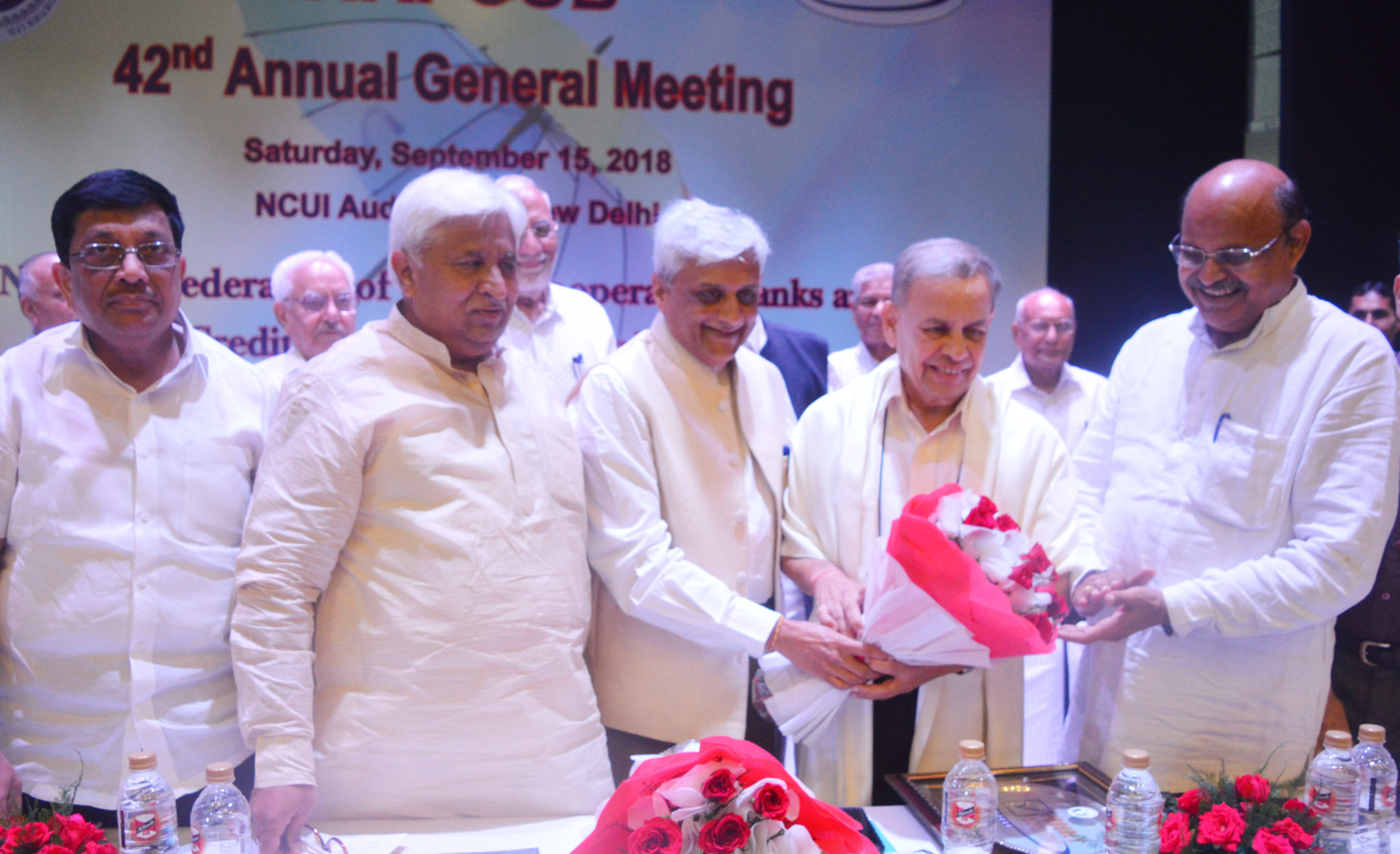 that the issues pertaining to us would get a positive response now.”

The first man to make his speech was the then interim President Rambabu Shandilya who gave a brief report of what the apex body did in the last two years. Shandilya compared the NPAs of UCB’s with PSU Banks and said that it is only in UCB sector that one finds a bank operating on 0% NPA. He also advocated the idea of merging smaller UCBs into a bigger one so that the menace of categorization into C or D by RBI vanishes for ever.

Making a variation on the political slogan given by Karl Marx in Communist Manifesto, Jyotindra Mehta called upon the cooperators of the world to unite, in his presidential speech. “The 2019 election is not far away and we should support and vote cooperators regardless of their political affiliations; if we have cooperators from municipality to Parliament , our lobby would be strong”, Mehta was emphatic. 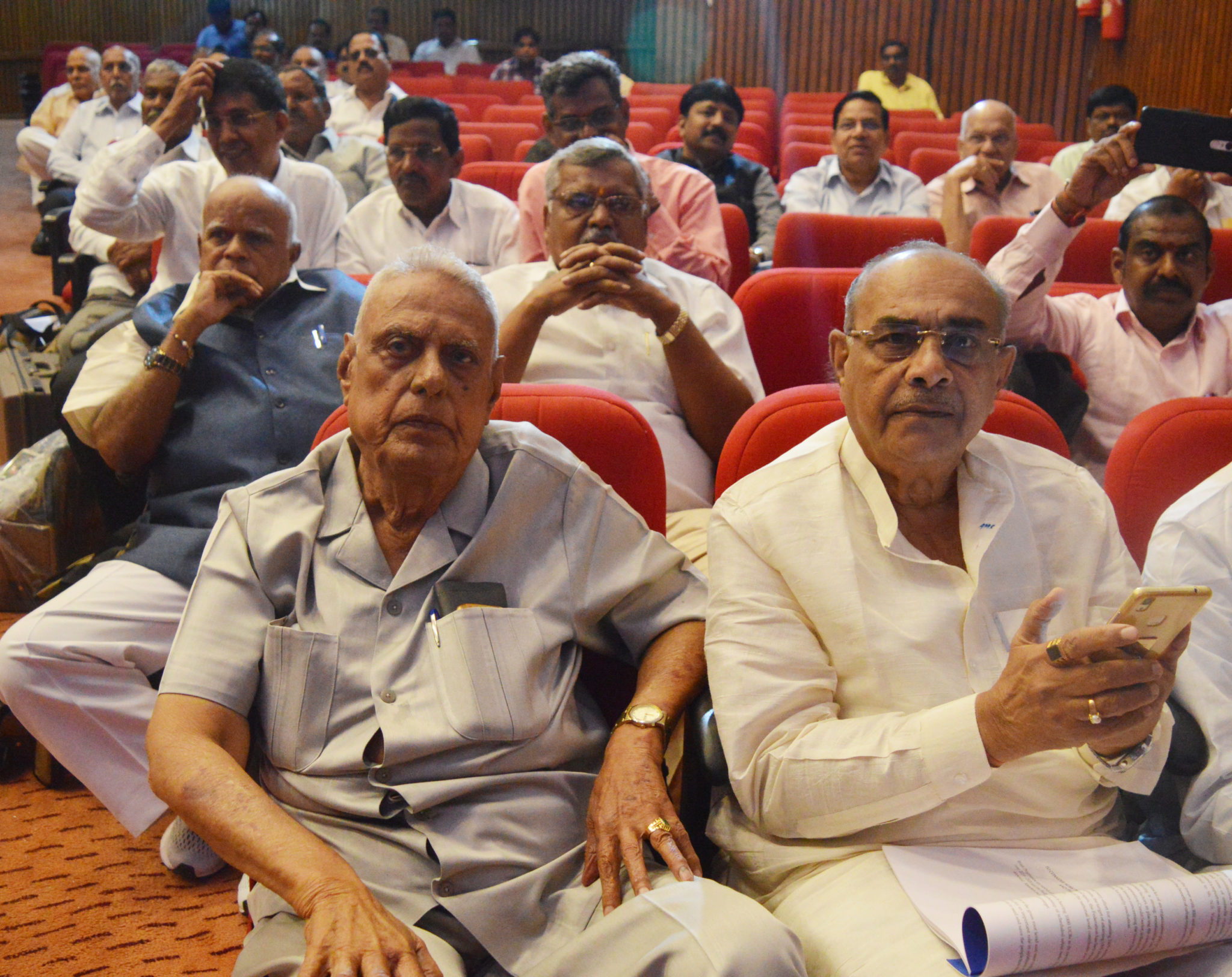 Mehta also said that post Madhavpura, UCBs had a tough time and they had to stand the critical judgement of depositors, regulators and even that of the media. Given the low NPA of 3% today, we can claim to be proudly cooperative, he added. “Ninety percent of our loans are below Rs 5 lakh and we have a huge market share in small market; some of our banks are also into microfinance by giving Rs 10 to Rs 25 000 loans’, Mehta said underlining the strength of the sector.

Emphasizing the importance of an umbrella organization for UCBs Mehta mentioned Rabo Bank of Netherlands and said expensive technology could be availed by smaller banks through this. Touching upon the issue of BoD/BoM Mehta felt that for the top 30 percent of UCBs it can be a voluntary provision wherein one gets incentives for opting for this in the form of permission for more branches and others. 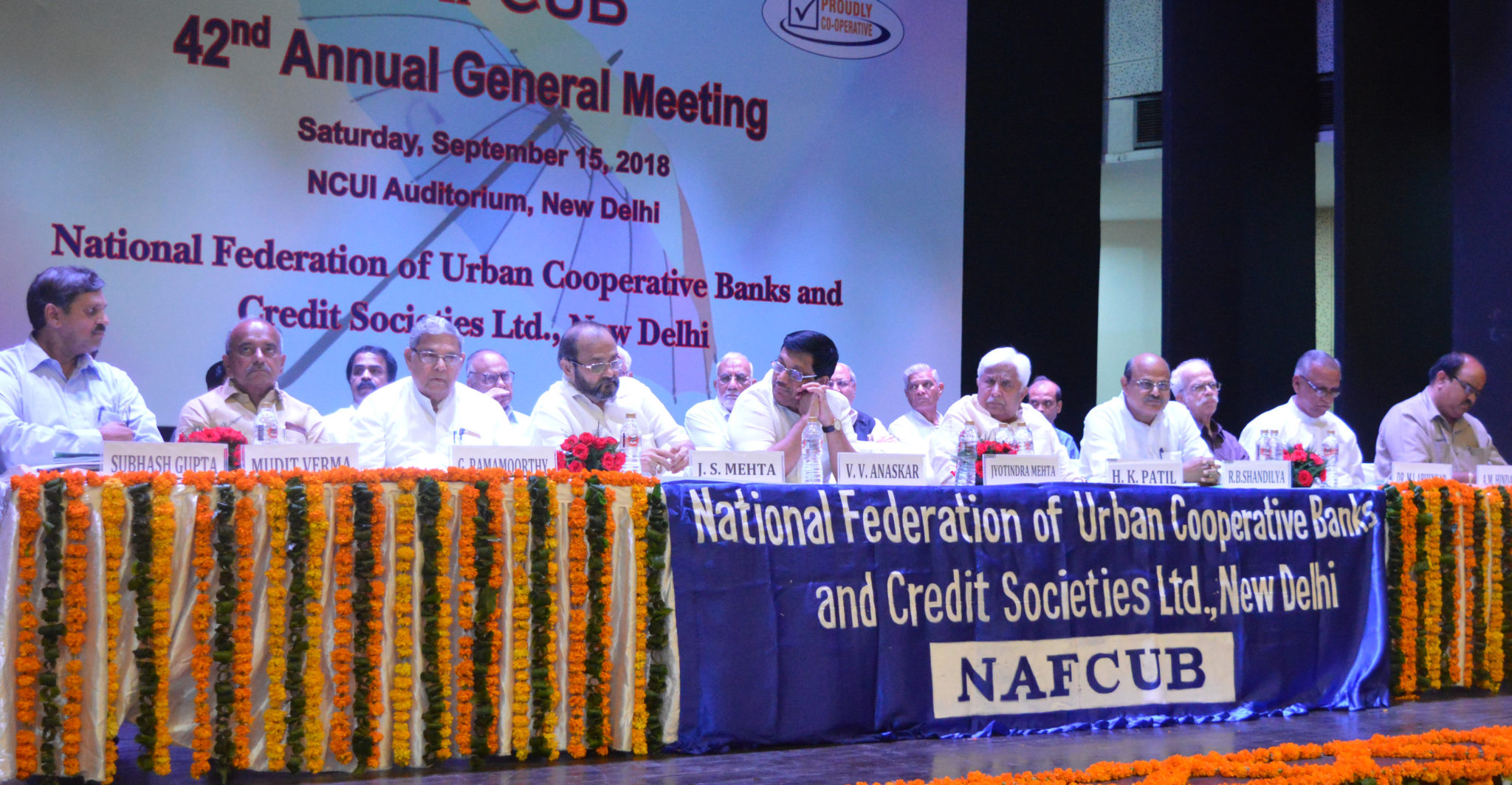 clearance of the same. He also demanded revival of RBI’s Standing Committee under Satish Marathe. As a senior he asked cooperators to bury differences and work for the growth of the sector.

Satish Marathe stressed on the need of changing the mindset of policy makers. They should note that it is economic enterprises rather than business enterprises. He also promised to help the sector to his best of capacity as RBI Director.

A large number of members spoke about their problems before the assembly from the dais. If Raghvendra Rao of VCB complained of PSUs’ efforts to drive away co-ops from the gold-loan business, Suresh of National Cooperative Bank Bangalore spoke of stifling conditions for co-ops in the state. Many others touched upon various issues plaguing the sector. 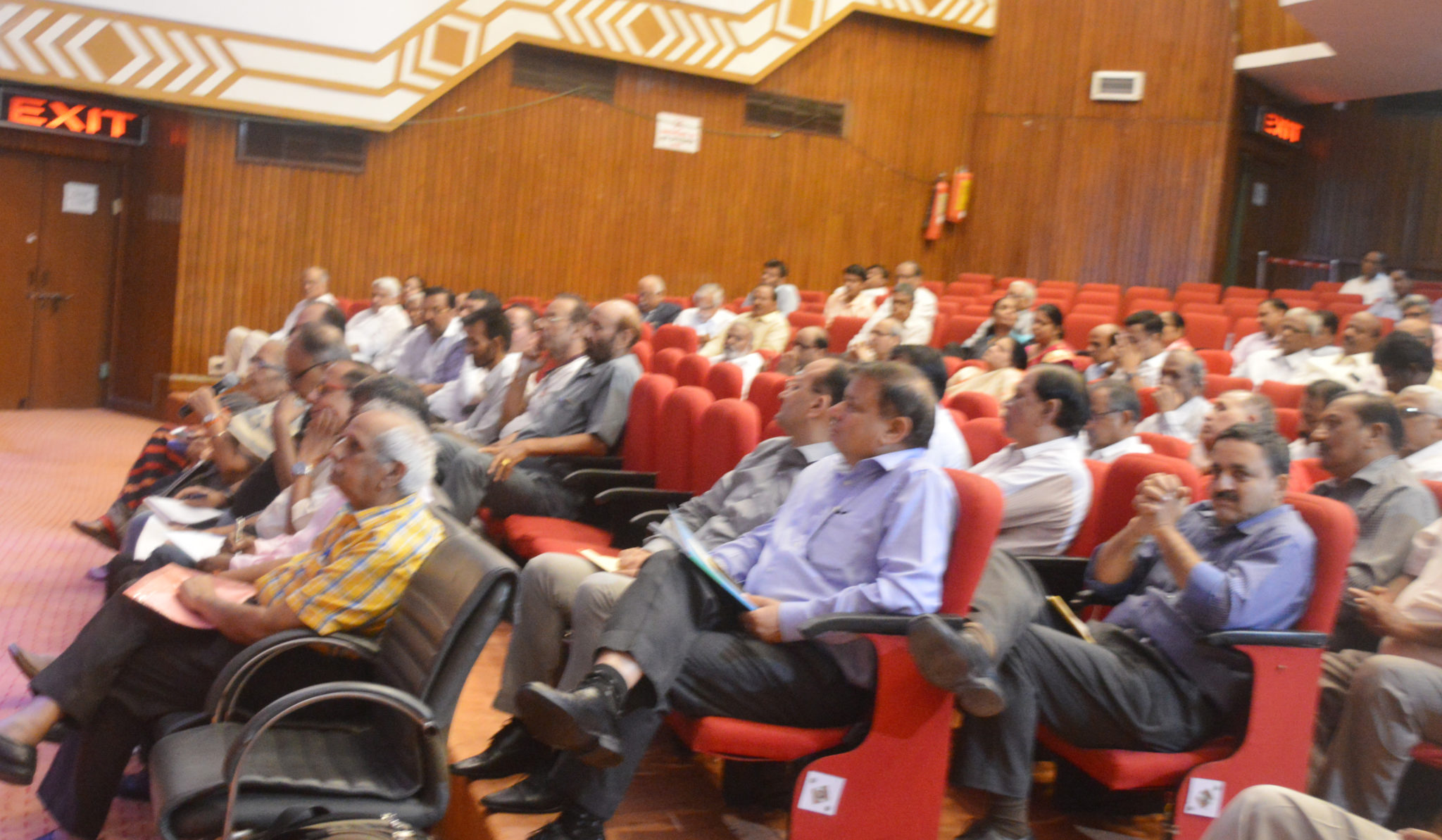