The training was conducted by Prakash Kondpalle, Chief Faculty of JSBL Solutions, Pune.

The objective of the training was to sensitize the Shareholders to the history of co-op movement in Maharashtra and India, Principles of Co-operation, Analysis of the Financial Statements of Co-operative Banks, Rights of Registrar, 97th Constitutional Amendments and State Order of 2013 on Co-operative Societies.

The program was well attended by over 200 shareholders. 47 students from across a wide spectrum of academic fields were felicitated for their outstanding academic performance at the Academic Excellence Awards Function.

Albert W. D’Souza, Chairman of the bank welcomed the gathering and congratulated the meritorious students. He advised the students to invest in education and to become employers instead of employees.

The Chief Guest of the function was Dr. Evans, Professor and Head – Department of Pharmaceutical Chemistry at Bombay College of Pharmacy, Kalina. He called upon the students to excel in the fields they desire to take up.

Founder Chairman John D’Silva congratulated the students advising them to come up in life and not to be followers but to be leaders.

The program was compered by Edward Rasquinha, Manager. The program concluded with a vote of thanks. 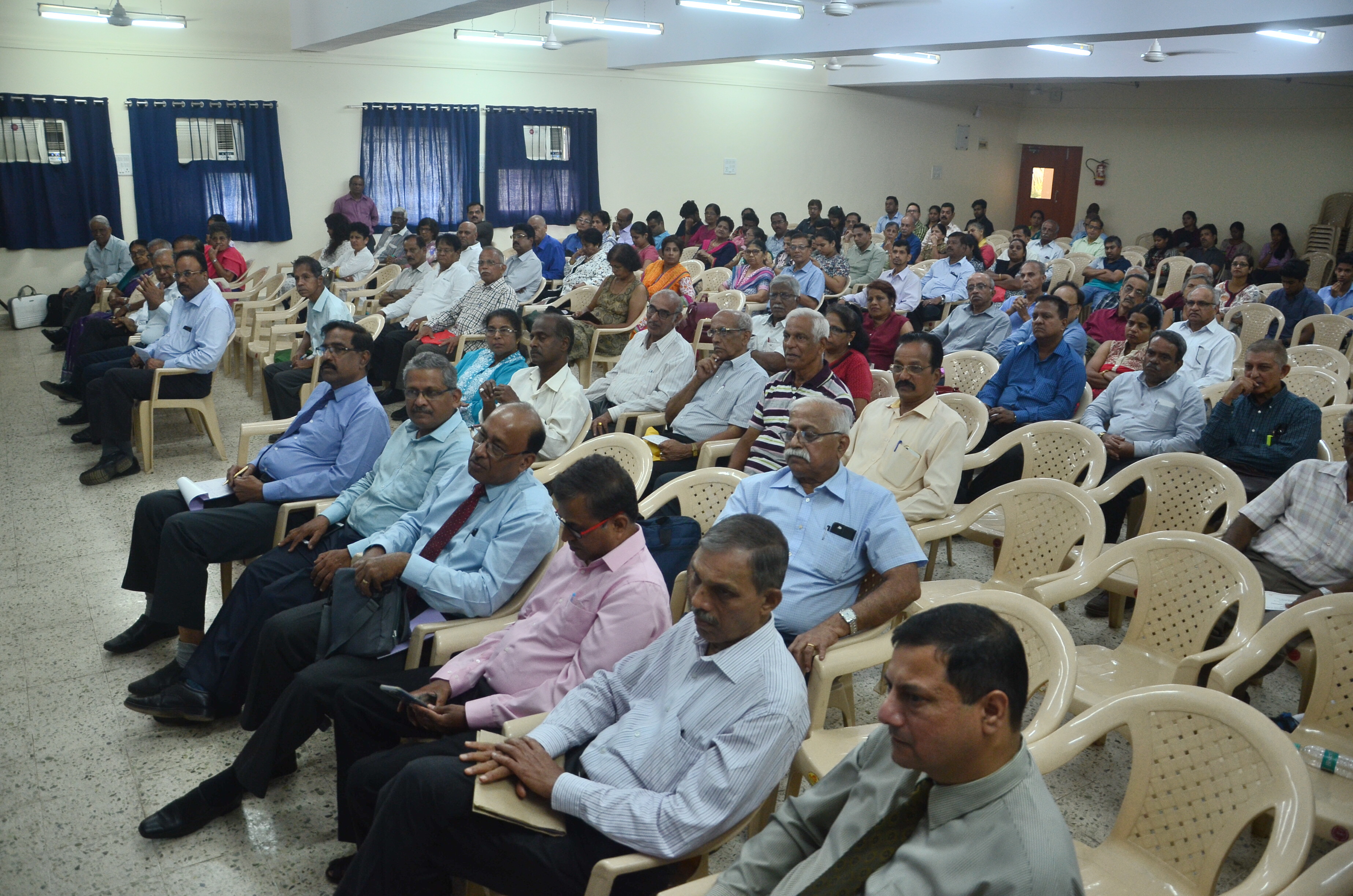