Speaking on the occasion of release of Mahanagar Co-op Bank’s logo and name-change, former agriculture minister Sharad Pawar said that it is arbitrary on the part of the Reserve Bank of India to issue circular making Board of Management on the lines of Board of Directors.

“Members are sovereign and they can handle the matter on own their own. I urge all cooperative banks to oppose the draft guidelines on constituting Board of Management (BoM) in addition to the Board of Directors (BoD)”, Pawar thundered.

It bears recall that recently RBI had released draft guidelines on constituting Board of Management (BoM) for Primary (Urban) Cooperative Banks (UCBs). The guidelines propose that UCBs should constitute a BoM, in addition to the Board of Directors (BoD).

The guidelines also say that regulatory approvals such as expansion of area of operation and opening of new branches may be allowed only for UCBs that have made such a provision in their bye- laws. 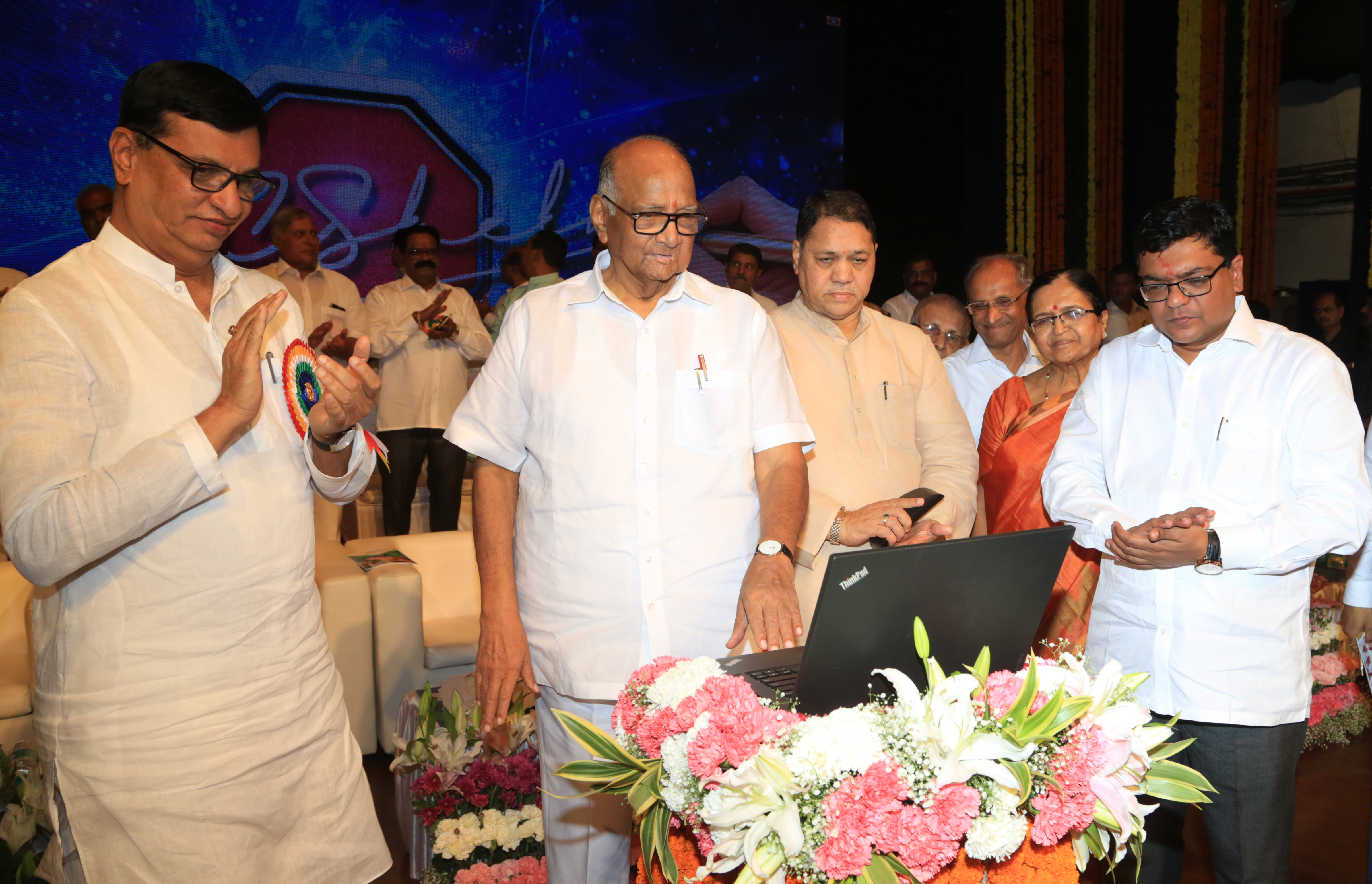 While talking to this correspondent on the phone, Uday G. Shelke informed that, “We have changed the name of our bank in the memory of late. Gulabraoji S. Shelke who was the founder of the bank”, he said.

“In the AGM held in 2016 we had passed the resolution to change the name of the bank to recognize the contributions of the founder chairman by adding his name before the bank’s name. We recently received the approval from the concerned authorities”, Shelke informed this correspondent.

Sharad Pawar shared the details of the event on social media and wrote, “I thank the bank directors and members for adding Gulabrao Shelke’s name before the bank’s name”.

Highlighting the bank’s achievements, Shelke informed that the bank has a business mix of about 4,000 crore and a network of 67 branches across Maharashtra but we are planning to take our business mix to nearly 10,000 crore and raise the number of our branches to 100 till 2022.

The bank has adopted most advanced technologies such as RTGS, CBS, NIFT and the like and getting recognized as a Multi State Bank remains its future goal.

GUCBF: Who’s who of co-op sector gravitating to Gujarat