Hyderabad headquartered A P Mahesh Bank’s state of the art office in posh Banjara Hills on Wednesday was inaugurated by Lok Sabha speaker – a co-operator in his own right Shri Om Birla.

The sprawling new building of the leading UCB of Telangana and Andhra Pradesh has about a space of 84 thousand square feet that would accommodate more than 500 staff members, said an official of AP Mahesh Bank.

Lauding the bank for its proactive approach in giving loans to the poor and needy, the Lok Sabha Speaker said that cooperative has a unique role to play in a country like India where a large number of people are still having no access to banks.

The UCBs like Mahesh Bank saves the poor from loan sharks and money lenders who have been rendered jobless in areas where the bank has begun operating. Mahesh Bank, incidently has spread across four states including Telangana, Andhra, Maharashtra and Rajasthan.

Birla also said that the Mahesh Bank should be lauded for checking the NPA and others would do well to follow suit. It bears recall that at a time when even banks like SBI’s have more than 3% NPA, Mahesh Bank has zero net NPA.

The clout of the AP Mahesh Bank could be understood from the fact that besides the LS Speaker, there were many VIPs including Himachal Pradesh Governor Bandaru Dattatreya, Union State Home Minister G Krishna Reddy, RBI’s RD Subrata Das, among others.

NCUI Chief Executive N Satyanarayan was also to come but due to a court case in Delhi he had to stay back “There was a court pension related case in which both I and the Chairman Chandra Palji had to be present”, he said to Indian Cooperative. 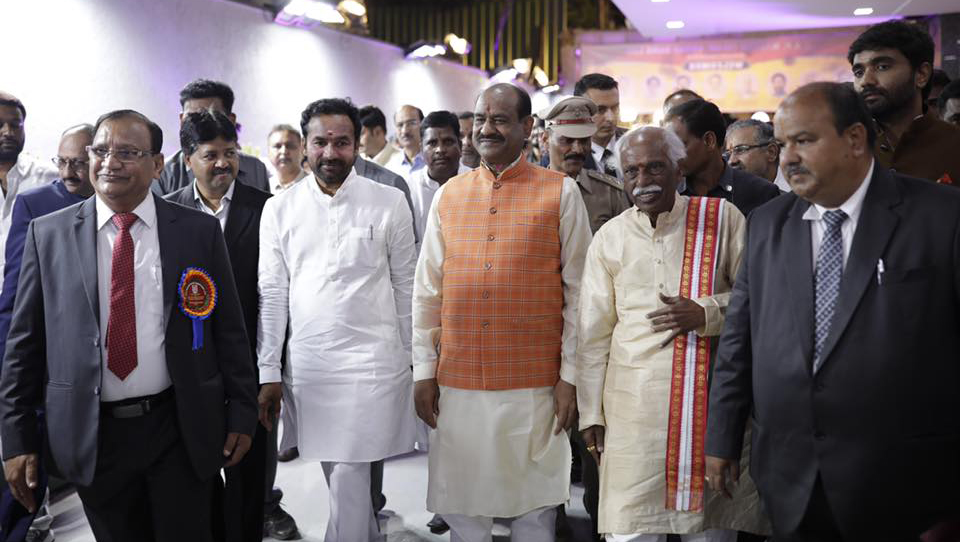 that it was due to the unavailability of the LS Speaker that the said building had to wait for inauguration.

All the top officials and Directors of the AP Mahesh Bank were present on the occasion which included its Chairman Purshotamdas Mandhana, CEO Umesh Chand Asawa, Emeritus Chairman and the man frequently visible in Delhi co-op circuit Ramesh Chand Bung, among others.

The current Chairman Purshotamdas Mandhana laid bare the vision of the bank before the audience and vowed to cross a business mix of Rs 4300 crore, which is Rs 4000 crore as announced in the AGM held recently.

Mandhana also said about the bank’s plan to venture out to Gujarat. It is learnt that the UCB has already worked out plans to have a branch in Surat district of Gujarat.

The bank has registered growth in its deposits, advances, profits and assets in the Financial year ending March 2019. It bears recall that the technology conscious UCB had signed an MoU with Times Pro, a part of Times Professional Learning to recruit trained staff at branch offices across the country.

PMC Bank: In emergency one can withdraw up to Rs 1 lac