The fact that the PMC crisis hit the depositors at an election time is proving to be a boon (silver lining) for the helpless depositors, many of whom have taken to streets protesting against the state govt.

The difference is stark when we compare to what happened to the depositors of other UCB Banks such as PEN Bank or CKP Bank when the UCBs went kaput. In case of PMC Bank, RBI under pressure from the govt has raised the withdrawal limit again and again and finally on Monday it hiked it to Rs 40,000- a move unheard of in the UCB sector in the past.

Devendra Fadnavis, a nervous Chief Minister seeking re-election has promised to take up the matter with the Prime Minister Narendra Modi who is campaigning in the state for the upcoming Assembly elections.

When aggrieved depositors confronted Fadnavis after an election rally he said he could not give them any assurance as the Model Code of Conduct was in force. But he will be meeting Prime Minister Modi on the issue.

According to the Hindu, Fadnavis also said he had already prepared a brief on the PMC Bank issue for the meeting. “After the elections on October 21, we will follow up on this issue and ensure that the bank is bailed out at any cost. It will not meet the same fate as the other co-operative banks,” he is quoted saying by the newspaper.

How the Assembly election is affecting the PMC crisis was also noticeable when Finance Minister Nirmala Sitharaman visited the state for campaigning recently. Meeting the affected depositors, she promised to take up the matter with the RBI governor.

And she did it by advising the RBI Governor to resolve the matter as soon as possible. Later, she announced the formation of a committee comprising top govt and RBI officials to suggest changes in the regulatory framework.

It’s a different matter that a few cooperators are unhappy as none of them (from the co-operative sector) has been named to be on the Committee.

The scam in the PMC Bank allegedly involves Rs.6,500 crore. The committee’s suggestions will be put before Parliament in the winter session.

Allaying fears of the PMC bank depositors, the minister said she would urge the RBI governor to ensure the depositors are allowed to withdraw their money without any difficulty. 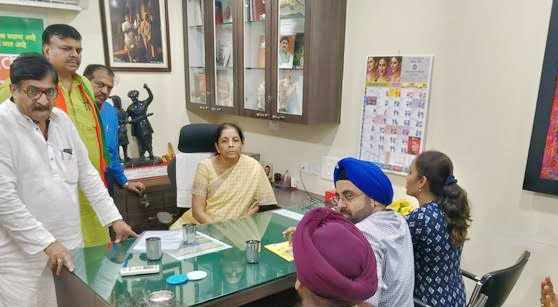 Experts say the PMC Bank depositors are better off compared to those depositors who have been affected by other UCBs. They argue that RBI’s raising of the withdrawal limit to Rs 25k is uncommon in such situations, signalling the spinoff of the election year.

Meanwhile, a circular addressed to chief executives of all cooperative banks, the RBI has asked them to replace the existing system of email-based reporting at branches to the web-based central system.

“Consistent with the needs of branch licensing and financial inclusion policies as well as the need for requisite coverage of additional dimensions/features, a new reporting system — Central Information System for Banking Infrastructure, has been web-deployed to replace the legacy MOF system,” the apex bank notification said.