CM meets UCB cooperators; assures them of all help

The discussions were focused on draft guidelines on Board of Management as well as restrictions by RBI in recovery process.

Describing the Conclave, Chief Minister Devendra Fadnavis wrote on his Facebook wall, “Attended and addressed Urban Co-operative banking conclave in Mumbai this evening with Sudhirbhau Mungantiwar & other dignitaries. Spoke on how urban banks are providing many financial services to citizens”.

“We have faced many challenges from time to time, but achieved success each time. Fiscal consolidation may be good in some areas but it doesn’t mean eliminating small banks. EoDB is the basic mantra in today’s era. We are already ensuring minimum regulations, reducing permit numbers and making processes easy. Technology is one more important aspect. We need more focus on cyber security”, the chief minister wrote.

In his speech RBI Central Board member Satish Marathe focused on three main issues-importance of Cyber security for urban cooperative banks in changing times, financial assistance to the smaller UCBs from the govt to be equipped with proper security and a prescription for resolving BoM issue with the RBI.

Later on phone, Marathe mentioned about his recent meeting with the RBI Governor on the BoM issue and also shared the idea he suggested to him (Governor) which could take care of both UCBs’ handicap in opening new branches as well as regulatory discomfort of RBI. Indian Cooperative would carry a separate piece on that soon.

Another participant Onil Almeida, Chairman of Bassein Catholic Cooperative Bank said, “RBI should remove some of the restrictions on recovery. “Our proposal for taking Multi-Status tag has been pending with RBI since long”, he complained.

One participant wrote on his Facebook wall , “Today we Directors along with Chairmen ,VCs and CEOs attended the conclave organized by Loksatta on cyber security and BOM .Maharashtra CM Devendra Fadnavis and RBI Director Satish Marathe were seen sharing their views with co-op urban bankers on the occasion”. 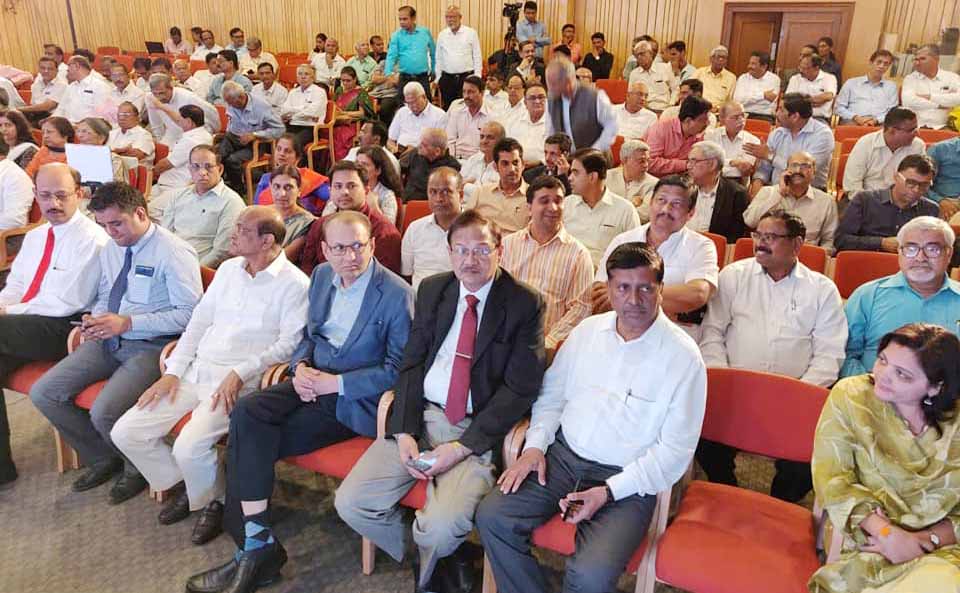 RBI shifts from reactive to pro-active supervision: Das on UCBs