The 99 years old Bassein Catholic Cooperative Bank is presently busy giving final touches to a gala event on the completion of its glorious 100th year in February in Vasai, Maharashtra.

Some of the board members of Bassein Catholic Cooperative Bank had arrived Delhi to invite Prime Minister Narendra Modi but due to Prime Minister’s busy schedule they could not met him. During the visit they requested Chintaman Vanaga, Member of Parliament from Palghar Lok Sabha Constituency of Maharashtra to confirm Modi’s participation in the centenary celebrations.

Earlier, the team of BCCB bank had met Maharashtra Chief Minister Devendra Fadnavis and Union Shipping Minister Nitin Gadkari , among others, for inviting them to the event.

It bears recall that last year the bank had entered into the centenary year and organized a mega inaugural event at St. Gosalo Garcia College ground, Vasai.

Soon after the meeting while talking to this correspondent on the phone acting Chairman of Bank Yuri Gonslaves informed “We have met Maharashtra Chief Minister Devendra Fadnavis at Chief Minister Office on Tuesday for inviting him for the grand event to be organized on the occasion of the glorious 100th year which will be slated for 10 February 2018. CM has confirmed his participation in the function”, Yuri said with enthusiasm. .

“On the same day our team went to Delhi to give invitation to several Union Ministers. We met Union Shipping Minister Nitin Gadkari in his Lok Sabha office. However, he had not confirmed his participation but assured us he would attend the event and asked his PA to check whether he is having any foreign tour at the time of the function”, Gonsalves informed this correspondent on the phone.

Meanwhile, the venue for the event has been booked but the final date is to be decided subject to confirmation from 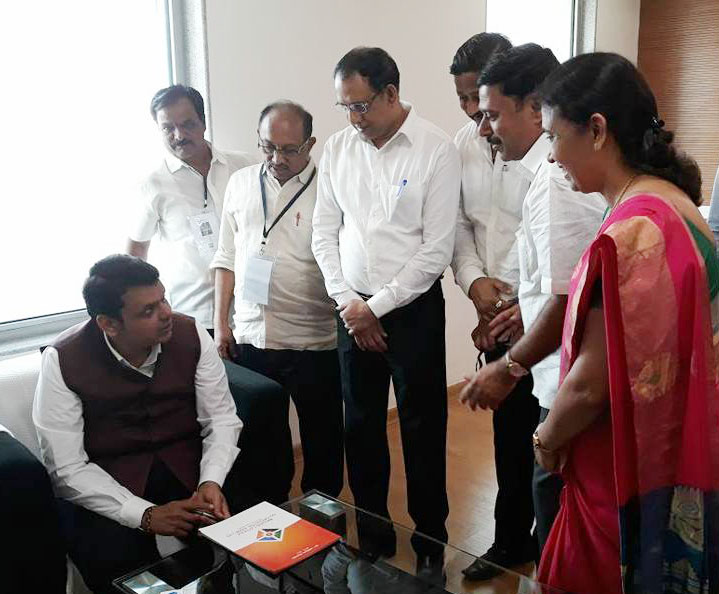 Prime Minister Narendra Modi. It is likely to be scheduled for 10th February 2018 on the Ground of St. Gonsalo Garcia College, Vasia, the bank Vice-Chairman added.

More than 20-25 thousand people’s will participate in the 100th year celebrations.

Recently, the bank hogged the media headlines when the Supreme Court rejected the Special Leave Petition (SLP) filed by Sachin Pereira, outgoing Chairman of the bank and upheld the Bombay High Court decision barring him from being the Chairman as well as being on the board of the Bank.

The Bassein Catholic Cooperative Bank was established by Social reformer P.J.Monis, Christian missionery on 6 February 1918 in Vasai, The Maharashtra based Bank has a network of about 58 branches and earned a net profit of Rs 75 crore in the last financial year.