by Amit Awana
in Agriculture
0

Speaking on the occasion of ICAR’s 91st Foundation Day ceremony Union Agriculture Minister Narendra Singh Tomar said farmers across the nation will have to play important role in fulfilling the dream of Prime Minister in making India a 5 trillion dollar economy by 2024.

Congratulating the Farmers, Scientists and Agri-entrepreneurs for their achievements, Shri Tomar said that when we think about Progress, Economy, Social Science & Culture it is incomplete without thinking about Agriculture, Farmers & Agricultural Science & Technology.

The Ministers of State, Parshottam Rupala and Kailash Chaudhary along with senior officials of the Ministry, scientists, farmers and awardees were present during the occasion.

Tomar lauded the efforts of agriculture scientists across the nation and said that their efforts are paying off and it is only due to these efforts that India is self-sufficient in agriculture. Enumerating the major challenges in the sector such as managing of scarce water resources, providing market connectivity and promoting agricultural exports, Tomar said that amongst these the biggest challenge is management of water resources.

For making agriculture profitable and viable the Government has envisaged ‘Smart Farm and Smart Farmer’ on the line of Smart cities. For this, Science and Technology will be the key, he added.

The Agriculture Minister further said that the Prime Minister has given primacy to the progress of ‘Gaon, Garib, Kisan’ across the nation and the 140% increase in budgetary allocation for the Ministry of Agriculture & Farmers’ Welfare in 2019-20 shows Prime Minister’s dedication towards achieving this progress.

Tomar also added that all the schemes are dedicated towards ensuring the goal of getting farmers their due respect and making farming economically viable. The Minister highlighted ‘it is for the first time since independence that an amount to the tune of Rs. 87000 crore is been distributed directly into the bank accounts of the farmers’. 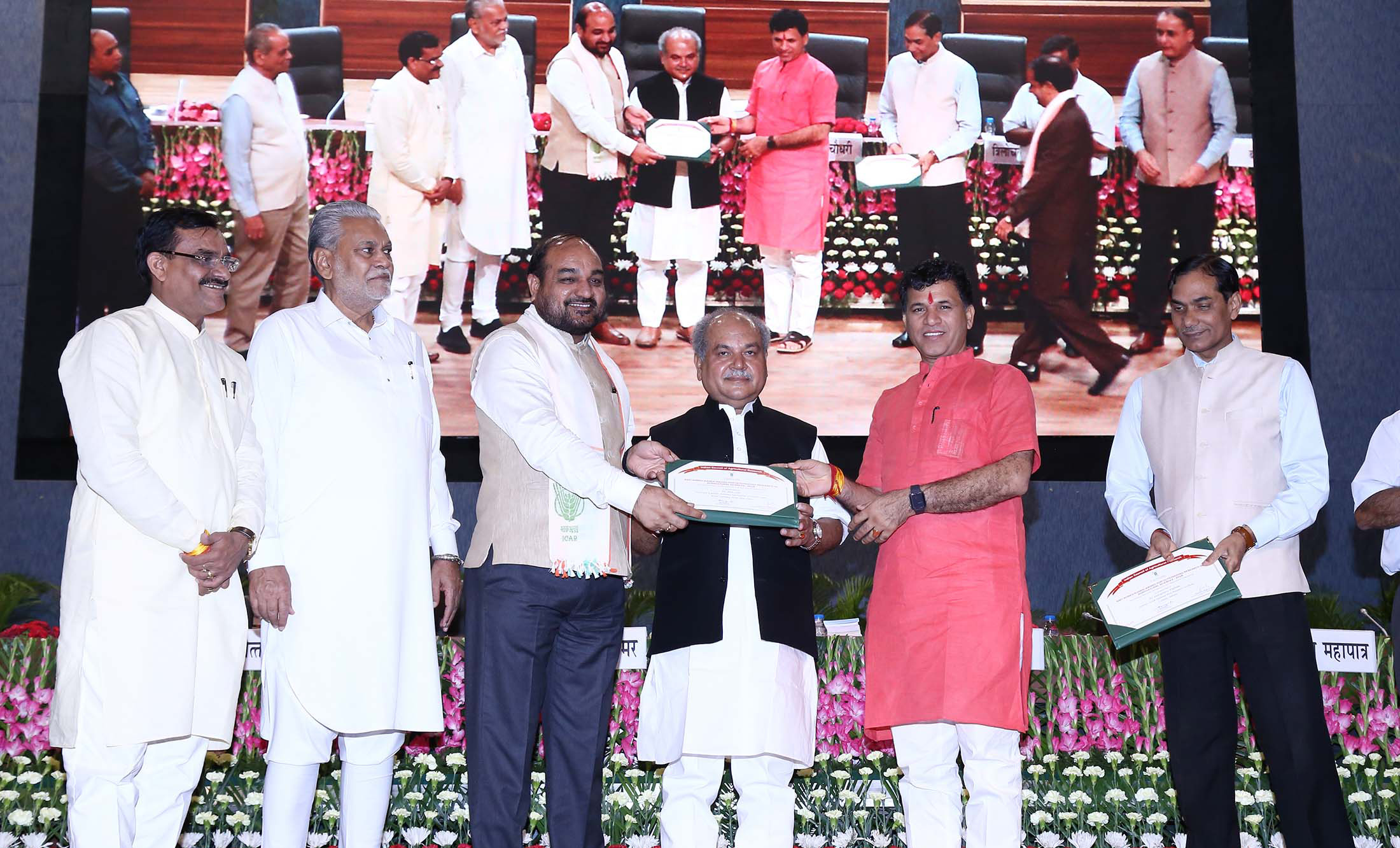