Singh lauds role of ICAR at its 90th AGM

Speaking on the occasion of 90th Annual General Meeting (AGM) of  ICAR Union Minister of Agriculture and Farmers’ Welfare Shri Radha Mohan Singh said that Indian Council of Agricultural Research (ICAR) has achieved many notable successes during last 10 decades despite the challenges.

“This has helped the country in increasing production and productivity through new research and development of new production technologies and varieties and has helped in achieving Prime Minister’s vision of “doubling farmers’ income by 2022”, he underlined.

“ICAR has taken several steps in this direction. During 2010-2014, 448 varieties were released for cultivation whereas in the last four and a half years, a total of 1014 advanced varieties have been developed for cultivation. Along with this, the registration of 24 new breeds of livestock and poultry was approved taking the total registered indigenous breeds in the country to 184”Singh said.

Singh added that problems related to climate change have been adequately addressed and 45 Integrated Farming System (IFS) models have been developed including all the 15 agro-climatic regions to benefit small and marginal farmers. The ICAR has supplemented the Government’s “Soil Health Card” initiative and has developed a mini Lab “Mridaparikshak” for soil testing. To promote organic farming and to bring it in the mainstream, 42 organic farming models have been developed.

He informed that so far 60 agricultural universities have been accredited by the National Agricultural Education Accreditation Board (NAEAB). Ranking of 57 Agricultural Universities has been done in an effort to improve their status in the World University Rankings. The amount of National Talent scholarship for UG and PG students has been increased to Rs.3000 and Rs. 5000 per month, respectively.

The Minister said that the government is fully committed to the betterment of agricultural sector. PM-KISAN has been implemented under which every small and marginal farmer will be provided Rs. 6000 per year. This move will benefit close to 12 crore small and marginal farmers. He said that owing to several policy initiatives of government in the last four and a half years, there has been a record production of foodgrain, pulses and horticultural crops in the country. Expressing happiness he said that in the last four and half years, agriculture production has increased manifold and this year it is estimated that there would be a record increase in Rabi production.

The Minister said that the outreach programmes to establish access to farmers with scientific knowledge and provide agriculture related advice and information were increased many fold through KVKs, Krishi Unnati Melas and PM’s new programme ‘Mera Gaon – Mera Gaurav’. He informed that ICAR institutes and State Agricultural Universities have developed several Mobile Apps for the benefit of farmers some of the Apps like ‘PulsExpert’ for pulses and ‘PusaKrishi’   Mobile App are important. To promote the fishery industry, the ‘Vanami Shrimp’ Mobile App has been developed this year. 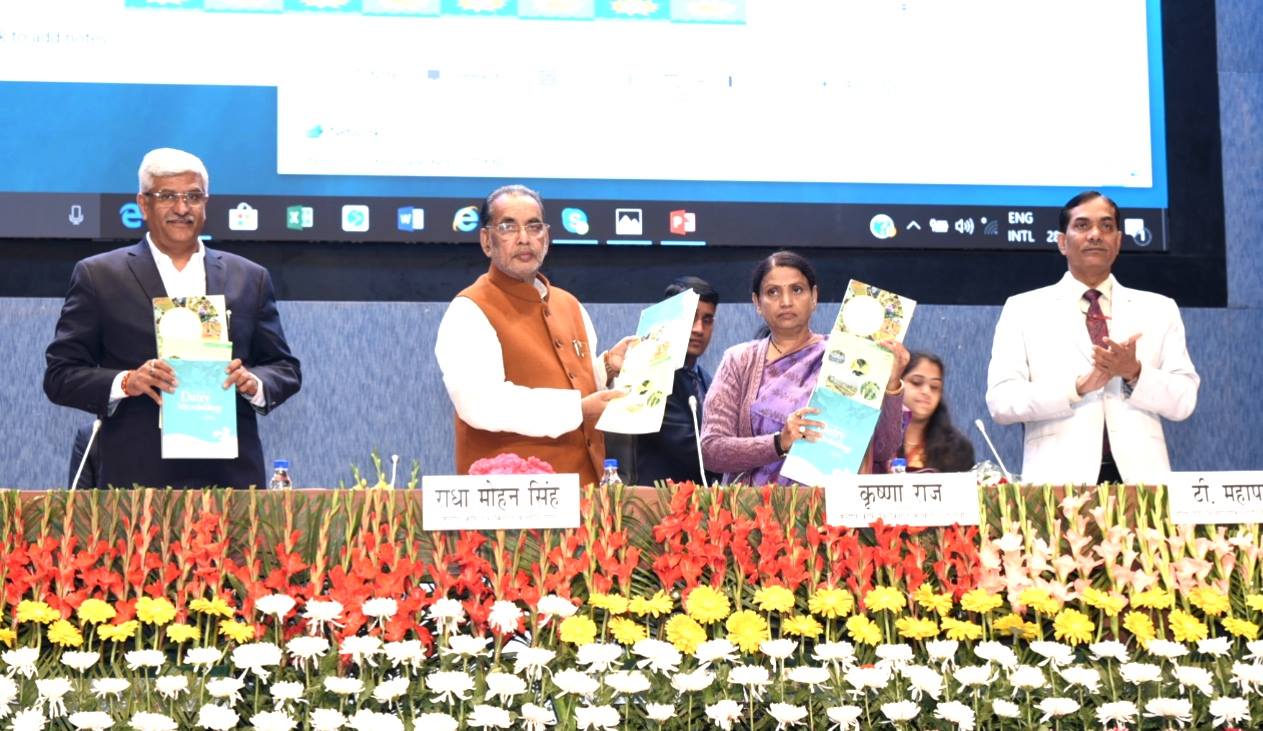